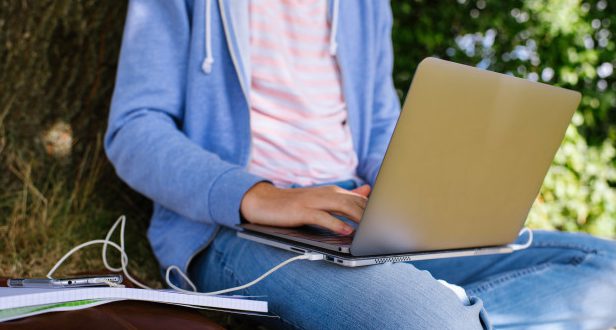 When Apple launched the new MacBook Pro, it was rightly hounded for choosing to only give the power laptop USB-C ports. It’s a trade-off: each USB-C port can do much more than any other port, as it can carry data, video and power through one cable, but you’re going to need a bunch of dongles to make your MacBook work with other devices.

Sure, companies have already launched all-in-one docking stations for the new MacBook Pro, but having to carry around a docking station that gives you the same functionality as a laptop from 2011 is a little annoying.

But put all those ports into a device that’s also a cooling pad and a large external battery? Now we’re talking.

DON’T MISS: Apple’s iPhone 6s battery problems might be bigger than we thought

The Line Dock is an Indiegogo campaign for an all-in-one accessory for the MacBook Pro. It combines a 20,000mAh external battery, external SSD, cooling pad and USB-C hub into one relatively thin design. If this thing ever gets built, it will be the ultimate laptop accessory.

Sure, the form factor looks a little weird for an external battery, but it’s specifically designed to fit underneath your laptop when you’re working. I’d also argue that if you’re already carrying around a laptop in a padded laptop bag, this battery will be less bulky to carry than a big, traditional, brick-sized external unit.

The base dock with no extra storage is $150, which is right on the lower end for USB-C docks, let alone giant laptop batteries. That price can go way up, though, all the way to $600 for the version with a 1TB SSD.

Of course, there’s always concerns when you’re buying into a crowdfunding campaign, especially one promising so much for so little. But the timeline — shipping by June next year — certainly isn’t ambitious, and for $150, it could be well worth a pop.