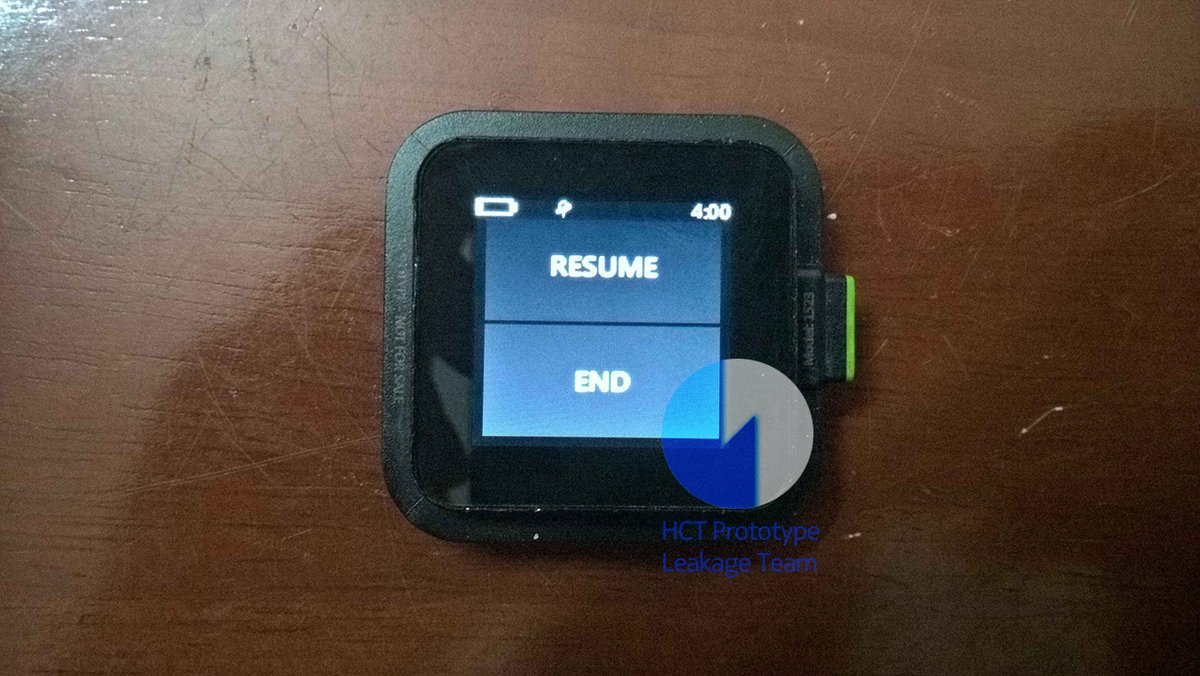 While the Xbox One continues to sell well (despite its disappointing lack of exclusive games), the Xbox brand doesn’t always guarantee success. Back in 2013, Microsoft was reportedly working on a smartwatch prototype that featured a 1.5-inch touchscreen display and removable bands. Like countless other prototypes, it never saw the light of day, but on Monday, Twitter user Hikari Calyx shared a few never-before-seen images of the so-called Xbox Watch.

As early reports suggested, the smartwatch does indeed have a small touchscreen display. Based on the images, it appears to be capable of GPS location tracking and heart rate monitoring. Workouts would have been a major focus as well, as they are on most smartwatches (perhaps most notably the Apple Watch).

While the resolution on the display is unsurprisingly lacking, the UI appears to mirror that of the Xbox One at launch, which relied heavily on tiles (to the chagrin of many users). Had the Xbox Watch ever actually launched, it would have needed a serious overhaul, not only to keep up with the Xbox One UI, but also Apple Watch and Android Wear. Then again, this was just a prototype, so it doesn’t necessarily reflect the potential final product.

Try to feel terrible resolution of Xbox Watch… If you find the Xbox Watch can't be recharged, you can disassemble the screen with an utility knife or a razor, then hit the positive pole on the battery with piezoelectric ceramic igniter from a lighter. pic.twitter.com/TcQwMcvJEQ

And while it’s fascinating to finally get an up-close look at a project that was never officially announced, Microsoft has seemingly moved on from smart devices for good. Windows Phone is dead and the Microsoft Band smartwatch has been discontinued. At this point, the focus is on Windows PCs, the Xbox platform and Surface devices.