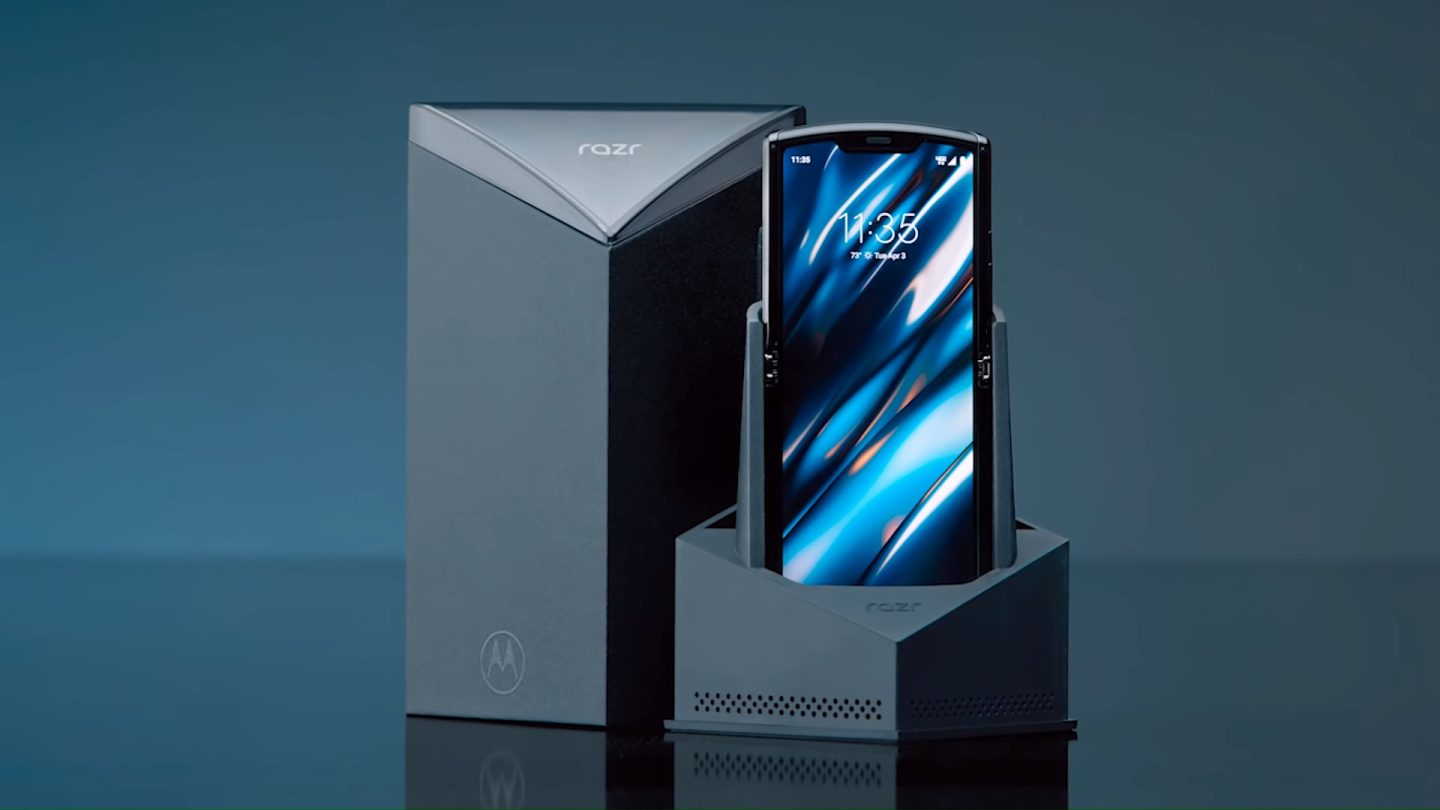 With each day that goes by, it’s becoming more apparent that Motorola’s idea of raising the Razr brand from the dead might be the only good thing about the company’s first foldable phone. The Razr is a mid-range device that’s rather expensive, with a foldable screen whose bumps and lumps are normal, and whose hinge might come with an annoying noise right out of the box. The hinge might not even last you through the year, a recent durability test has shown. Not to mention that the Galaxy Z Flip has a few key advantages of the Razr, including hardware, screen quality, and price. If that’s not enough, the Razr just got its own Galaxy Fold moment: The foldable screen broke after only a week of use.

When reviewers started using the Galaxy Fold last April, they quickly discovered two ways to destroy the sensible display. One wasn’t intentional, as it included the accidental entry of debris inside the phone via the hinge. The second one was somewhat of a user error. Some people thought the outer screen layer that looked like a pre-applied screen protector can be removed, and broke the screen in the process. It turns out that you weren’t supposed to peel that plastic off of the display. Samsung eventually fixed both these problems, but it had to delay the Fold’s launch by five months.

The Razr, meanwhile, has its own distinct foldable screen problem, but one that could hurt sales if it becomes a widespread phenomenon. The folks over at Input discovered that the top plastic lamination of the screen has started peeling off, and the problem is only getting worse:

The Motorola Razr nightmare continues. A week after we purchased and reviewed the foldable phone, the plastic OLED display on our $1,500 device is now peeling apart… at the fold. We always try our best to not be alarmist, but when a giant horizontal air bubble appears literally out of nowhere and starts separating the top lamination and the display panel, we have to wonder why anyone would be optimistic about foldable phones.

[…] When I took out the phone at around 3:43 p.m. ET to snap a few selfie comparison photos (😉), I noticed the air gap. The screen was completely warped from hinge-to-hinge with the top layer raised like a poorly applied screen protector.

As you can see in these photos, that’s the kind of damage that requires immediate attention. If your foldable phone looks like that, you should take it back and ask for a replacement. Aside from looking hideous, the screen won’t work if the outer plastic layer is detached.

It’s unclear what caused the issue, and the report speculates that exposing the handset to different temperatures might have triggered a reaction that loosened the adhesive. The handset in question hasn’t been damaged in any way before the user noticed the screen peeling off. A few days ago, a Twitter user posted an image with a cracked Z Flip display and speculated the screen broke at the hinge because of cold weather.