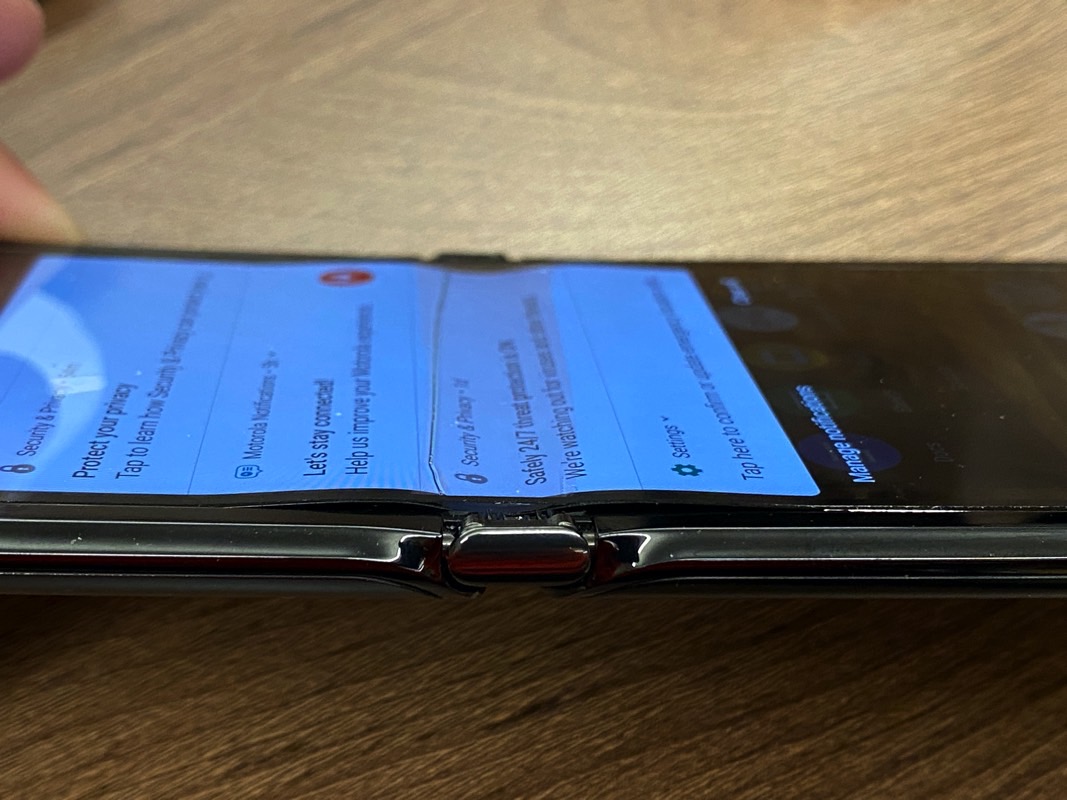 You should have exactly zero reasons to buy the Motorola Razr now that the Galaxy Z Flip is out. Samsung has a cheaper, faster, more durable foldable clamshell than Motorola, and while the Flip is not the perfect foldable, it’s still a much reasonable choice than the Razr. If you’re still interested in the Razr over the Flip, then you should be aware of Motorola’s most recent update on the phone, which followed an unusual accident. A reviewer’s Razr’s display started peeling at the hinge, a phenomenon that rendered the display under the peeled-off area useless. Motorola has addressed the matter, saying the screen shouldn’t peel under normal usage conditions.

Motorola gave Input the following comment, in response to the incident:

We have full confidence in Razr’s display and do not expect consumers to experience display peeling as a result of normal use. As part of its development process, Razr underwent extreme temperature testing. As with any mobile phone, Motorola recommends not storing (e.g., in a car) your phone in temperatures below -4 degrees Fahrenheit and above 140 degrees Fahrenheit. If consumers experience device failure related to weather during normal use, and not as a result of abuse or misuse, it will be covered under our standard warranty. For more warranty information, please visit: http://www.motorola.com/device-legal.

Aside from making it clear that the display peeling shouldn’t occur during normal use, Motorola said the Razr display had been tested in extreme temperatures, suggesting that the screen shouldn’t peel off as a result of it being exposed to fluctuating temperature.

Input said in its previous coverage that the Razr wasn’t damaged in any way before it started peeling. This contradicts Motorola’s claims that regular usage would not lead to display peeling. The blog speculated that usage in different temperatures may have caused the issue, but that shouldn’t be the case, according to Motorola’s wording above. So Motorola hasn’t really explained what happened with the Razr’s peeling display.

As I said before, there’s really no reason to buy Motorola’s first foldable, Razr nostalgia be damned. The risk of having the display peel off is just the cherry on top of the pile of reasons why the Z Flip is a much better choice. That is if you still want to buy a foldable right now.