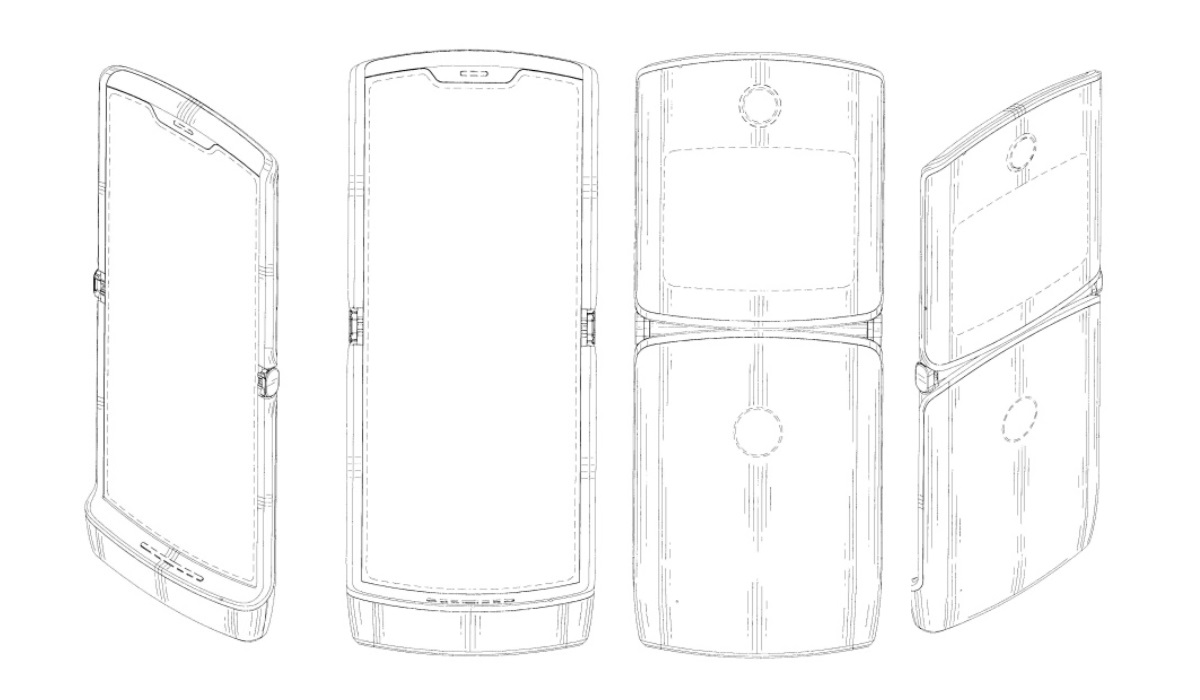 2019 should be a banner year for smartphone design, as phone makers continue to look for new and novel ways to kill the bezel once and for all. Samsung’s Galaxy S10 line will lead the charge with its Infinity-O display, which trades the notch for a hole in the corner of the screen where the camera resides, but we’re also going to see the first mass-produced devices with foldable displays this year. And a new RAZR could be among them.

Last week, the Wall Street Journal reported that Lenovo (which acquired Motorola’s smartphone business in 2014) is planning to revive the RAZR brand with a $1,500 foldable smartphone in 2019. Today, 91mobiles has followed up on WSJ’s report with the discovery of a patent that seems to showcase the foldable RAZR.

The word “RAZR” never actually appears in said patent, but Motorola Mobility is listed as the name of the applicant, and the design of the device pictured in the patent looks virtually identical to the RAZR V3 from 2004.

Based on the images contained within the patent, the most significant change from the original to the revival is the tall display, which stretches from the top of the phone all the way down the chin when the phone is flipped open. With the flexible screen, it will be possible to flip the phone shut, and when closed, the phone looks staggering similar to the RAZR V3 (albeit somewhat more squat than the original, with more of a square shape).

The foldable RAZR also appears to retain a secondary screen on the top half of the back panel, similar to the CTSN screen that was featured on the old RAZR V3. There looks to be a camera just below the front-facing display, while a fingerprint sensor adorns the lower half of the back panel. So while the look of the new RAZR hearkens back to the early 2000s, the feature set will be more in line with the phones currently on the market.

Going by the WSJ report, Lenovo plans to produce just 200,000 units of the new RAZR, and charge around $1,500. The report also claims that the foldable RAZR could launch as early as next month, but if that’s the case, we should expect to receive official confirmation of its existence in the very near future.