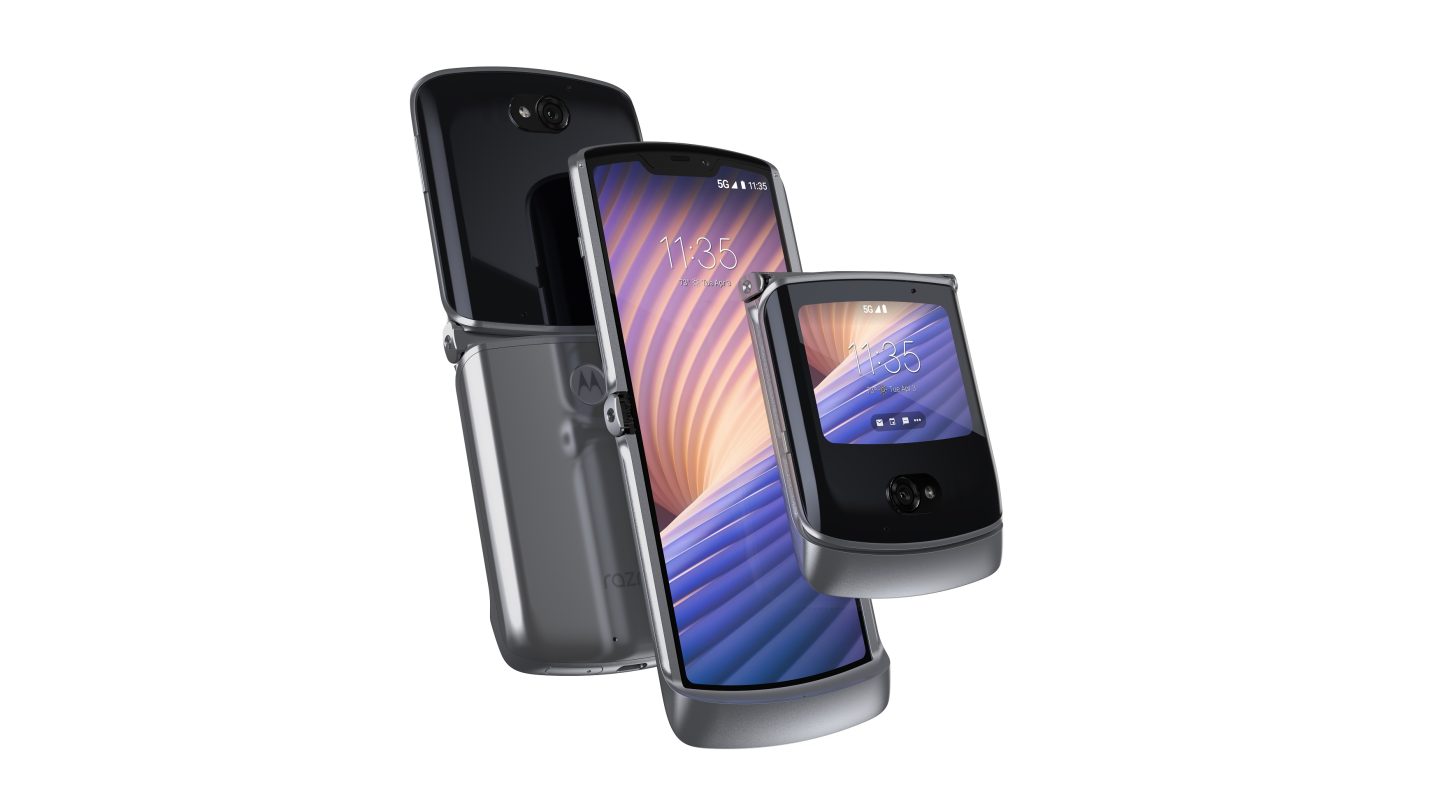 Motorola made a splash earlier this year with the release of the completely redesigned Razr. At a glance, the design was reminiscent to that of the first Razr from nearly twenty years ago, but inside the clamshell was a foldable display, making it one of the first phones to compete directly with Samsung’s Galaxy Z Flip. Reviews of the Razr were mixed, but Motorola isn’t giving up yet, as a new 5G Razr was unveiled on Wednesday.

It appears that Motorola took the criticisms of the last foldable Razr to heart, as the new model features a number of notable upgrades over the phone that launched in February. Perhaps the most intriguing is the added functionality of the 2.7-inch Quick View touchscreen display on the front of the new Razr. You can now make video calls, send texts, take pictures, and access your favorite apps without ever opening the phone.

The upgrades don’t end there, as the specifications of the new Razr are a step up from its predecessor as well. The new Razr features a Snapdragon 765G processor, Adreno 620 GPU, 8GB of RAM, 256GB of internal storage, and a 2,800mAh battery, all of which are upgrades over the old model. It might not be quite as speedy as the latest Galaxy Note, but its performance should be a significant improvement over the original.

The overall design closely mirrors that of the first 2020 Razr, but Motorola says that the “tapered chin, rear-mounted fingerprint sensor, and updated hinge offer aesthetic and functional changes based on direct consumer feedback,” which will hopefully result in an experience that outshines that of the earlier model.

Once you open the phone, you will be greeted by the same 6.2-inch Flex View Display that appeared on the original 2020 Razr, with a 21:9 CinemaVision aspect ratio that has “the same ultra-wide dimensions used by the film industry.” Motorola also notes that the new Razr has “he only zero gap closure on a foldable device,” which protects the internal display and keeps the phone compact. Motorola says the Razr can survive 200,000 flips as well.

Finally, when it comes to the camera system, Motorola has boosted up to a 48-megapixel primary shooter with Quad Pixel technology that offers 4x the low-light sensitivity of the first Razr’s 16-megapixel camera. As Motorola points out, it also doubles as one of the best selfie cameras on the market when the phone is closed. That said, if you want to video chat with the phone open, there’s a 20-megapixel camera inside the fold as well.

Motorola plans to launch the new Razr at Best Buy, B&H Photo, Amazon, and Motorola.com unlocked for $1,399.99 this fall in Polished Graphite, Liquid Mercury, and Blush Gold colorways. The new Razr will also be available through AT&T and T-Mobile if you prefer to get service alongside your new foldable phone.