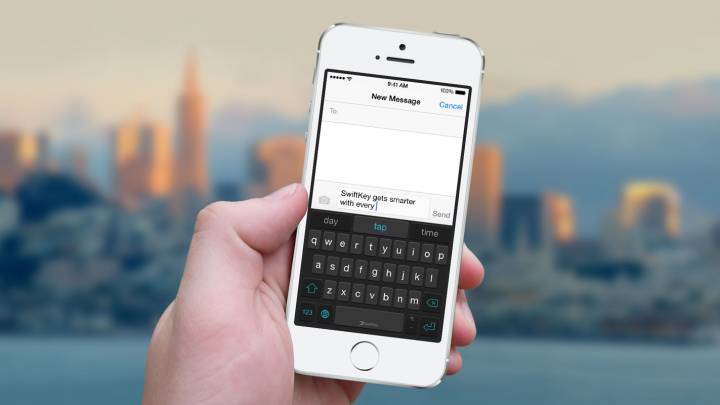 Microsoft on Wednesday confirmed it purchased one of the greatest Android and iPhone keyboard apps of all time, paying $250 million for it, according to one report. The app is already installed on more than 300 million devices, having been one of the first third-party keyboard apps to be made available on both platforms.

The app in question is SwiftKey, which launched on Android a few years ago and then on iOS once Apple started allowing third-party keyboard apps in the app store. But why did Microsoft need a smartphone and tablet keyboard app when it makes a similar keyboard itself? And why this particular app?

“SwiftKey’s predictive technology aligns with Microsoft’s investments and ambition to develop intelligent systems that can work more on the user’s behalf and under their control,” Microsoft’s executive vice president for technology and research Harry Shum said in a blog post.

It’s not clear at this time where SwiftKey’s tech will be used, but Microsoft did say that SwiftKey’s predictive technology will come to the “Guinness World Record Word Flow” keyboard for Windows.

Furthermore, the SwiftKey app will continue to be available on Android and iOS, so don’t worry about losing access to it now that Microsoft owns it. That will remain the case even if Word Flow launches on iPhone and Android soon.

SwiftKey co-founders Jon Reynolds and Ben Medlock also confirmed the news in a blog post, revealing some spectacular stats for the application. Since it first launched eight years ago, SwiftKey users “have saved an estimated 10 trillion keystrokes across 100 different languages, which adds up to over 100,000 years of reclaimed typing time.”

The two companies did not offer financial details about the deal, but The Financial Times reported that Microsoft spent $250 million on this new software acquisition.