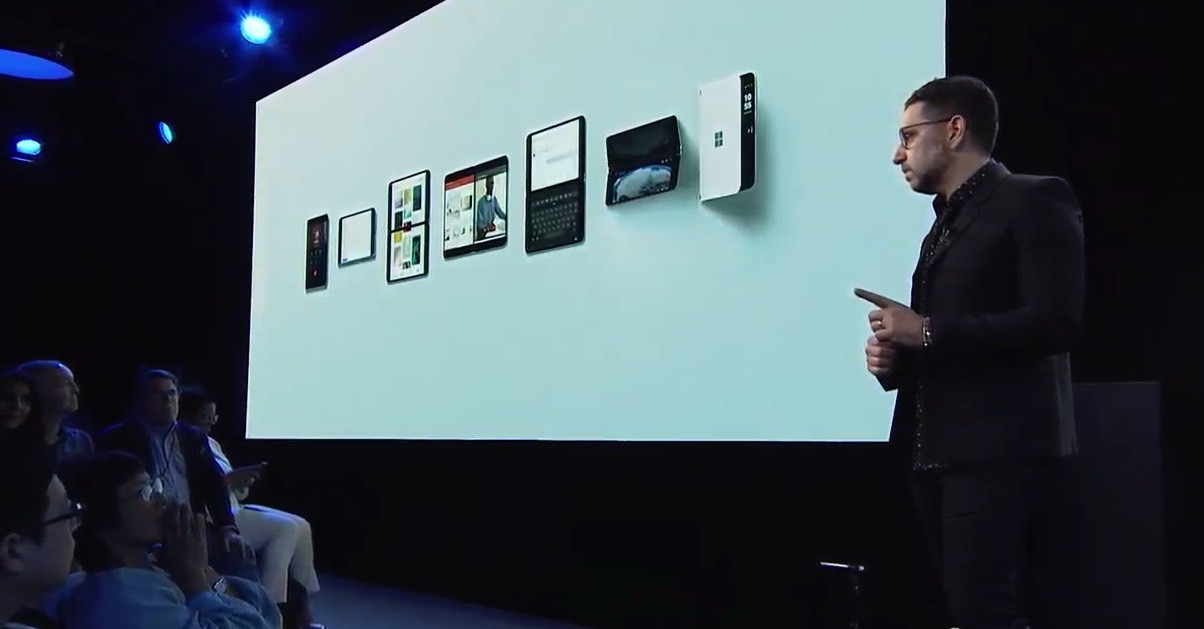 Microsoft’s newly unveiled Surface Neo device isn’t the company’s only dual-screen phone. The company also announced a Surface phone device that runs Google Android apps straight from the Play Store called Surface Duo. Previous rumors did say that the Centaurus device will run Android apps, but they were only half-right. The Neo, which is a tablet/laptop gadget, will run Windows 10X and Windows app. The smaller Surface phone, which competes against the Galaxy Fold and Mate X without being a phone with a foldable screen, is the gadget that gets dual-screen support.

Ever since Microsoft dumped its own Windows Phone operating system and sold Nokia back to whoever would take it, Microsoft stopped trying to compete with iPhone and Android. Instead, the company attempted to conquer these platforms from the inside, with the help of apps. Microsoft’s Office suite is available on all devices with a touchscreen, and the company has created plenty of other mobile apps and bought others. It even started selling Android handsets in its physical stores, partnering with Samsung to highlight some of the Windows 10 features that bring Android closer to PC. The Galaxy Note 10 launch a few months ago was used to demo the Your Phone app that lets you control your phone straight from the PC, and earlier during the demo, Microsoft explained how a future version of the app will be able to handle calls on Surface laptops.

By creating dual-screen devices that can fit in your pocket, it only makes sense to see Microsoft attempt to make a phone again. But this time around, it’s working with Google on it, and it’s making sure users will have plenty of apps available.

The Surface Duo features two 5.6-inch displays connected by a 360-degree hinge, which expands to form an 8.3-inch tablet. Again, this is a dual-screen device, which isn’t the same as a foldable handset. The hinge would still run through the middle of the display when the Duo is used in tablet mode. The overall design is identical to the Surface Neo.

Panos Panay did not share too many details about the hardware of the Surface phone he unveiled as a “one more thing” moment. He didn’t say whether the phone is running some Windows 10X and Android contraption, although the Duo looked more like an Android device than a Windows product. Microsoft’s press release makes it clear, however, that we’re looking at an Android handset.

The exec didn’t say how much this Galaxy Fold alternative would cost either. All we know for now is that Microsoft’s first dual-screen phone that’s also Microsoft’s first phone to run all the Android apps you want hits stores holiday season 2020, just like the Windows 10X-powered Surface Neo.