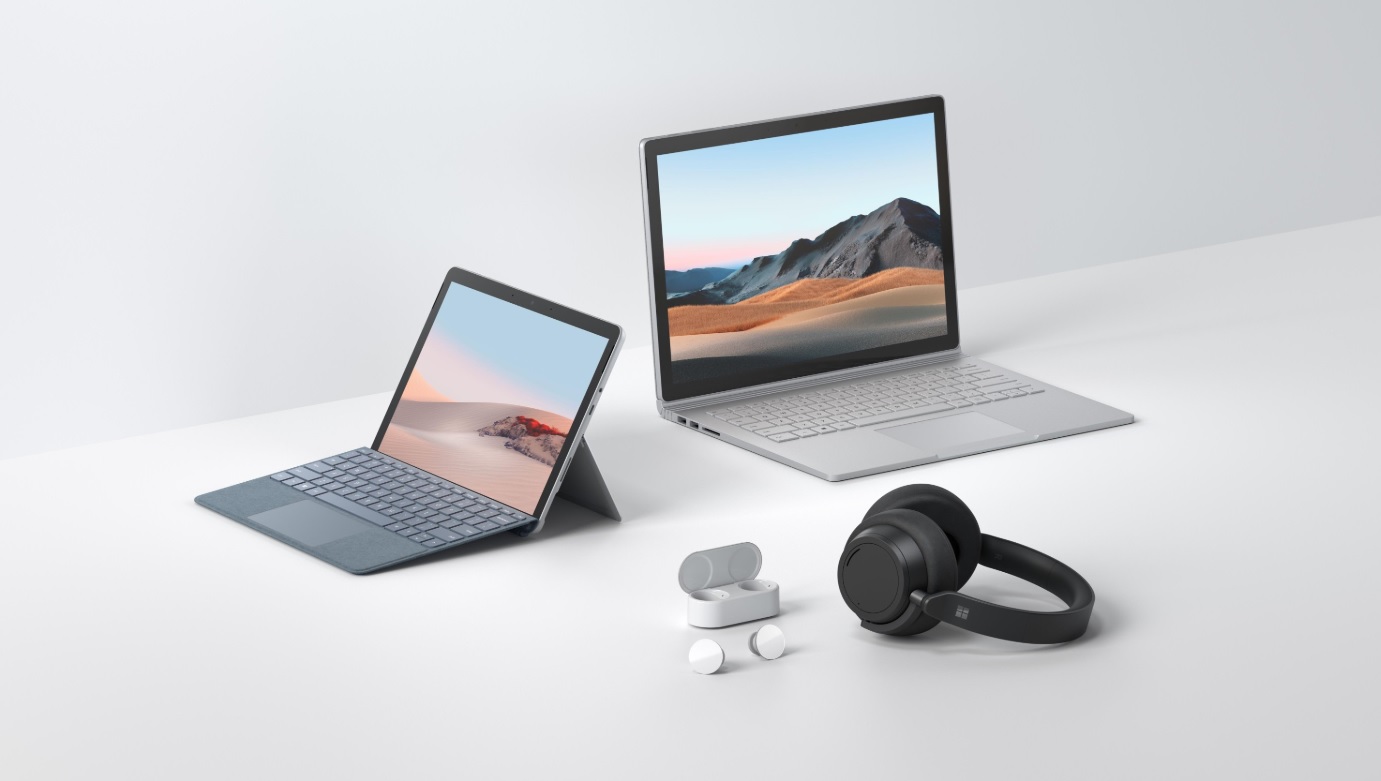 Microsoft unveiled a slew of new Surface devices on Wednesday, updating many of its established product lines and introducing a new one as well. Rumors of a Surface event had been floating around the internet for weeks, but rather than host a live stream or attempt to build up any fanfare, Microsoft followed in Apple’s footsteps and simply dropped the news on its website, announcing the specifications, prices, and release dates of all its devices.

Microsoft’s more affordable 2-in-1 Surface Go was also updated for 2020. The Surface Go 2 has a familiar design, but a larger 10.5-inch PixelSense display, improved battery life, and up to 64% faster performance if you choose to spring for the 8th Generation Intel Core M processor. Microsoft also added its Studio Mics for the first time, increasing voice clarity and reducing background noise, and a 5MP front-facing camera for video calls. You can also use the new Camera app with the rear-facing camera to easily scan documents for work or for school.

Up next are the second-generation Surface Headphones, which Microsoft says feature improved sound quality over their predecessors and battery life of up to 20 hours. There are 13 levels of ambient noise control, and you can use the on-ear dials to block out or amplify human voices with active noise cancellation. The design of the ear cups has also been updated to rotate 180 degrees for added comfort, and there is a new Black finish option.

Microsoft introduced the Surface Earbuds months ago, but they’re finally here. The unique disc-shaped earbuds have touch controls that you can use to make a phone call or change a song without ever reaching for your phone. Surface Earbuds feature Omnisonic sound, and you start playing Spotify from your Android phone at any time with a triple tap on either earbud. Plus, integration with Microsoft 365 means you can have your emails read to you and you can even dictate to Office apps. Microsoft also promises all-day battery life with the included wireless charging case.

Surface Earbuds make their long-awaited debut on May 12th for $199.

The fifth and final Surface reveal of the day is the Surface Dock 2, which delivers faster charging speeds and higher data transfer rates than the previous model, as well as new enterprise management tools. And if you need even more ways to connect, Microsoft is also debuting a new multi-port Microsoft USB-C Travel Hub.