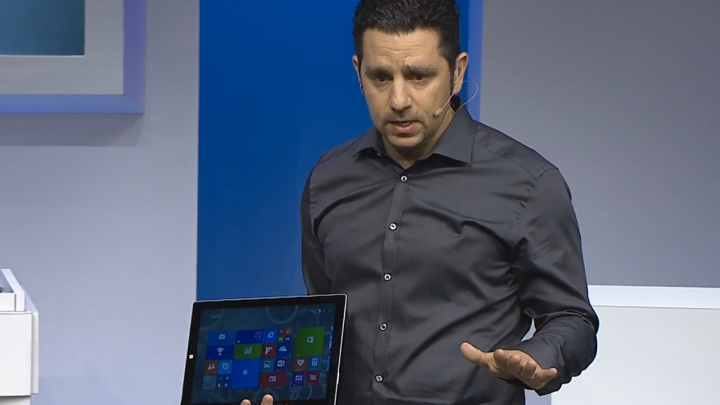 Apple’s big Mac press conference on Thursday has been the talk of the town for the past week, but another major tech company is stealing the spotlight on Wednesday. Just one day ahead of Apple’s new product announcements, which are expected to include a redesigned MacBook Pro with a revolutionary new secondary OLED touchscreen, Microsoft will take the stage in New York City to show off its latest and greatest Surface hardware. We’re expecting plenty of action during today’s big event, and the show is about to kick off.

As we noted in our preview of Microsoft’s October event, the company is expected to unveil a number of new devices on stage in Manhattan on Wednesday morning. Among the highlights are big updates to both the Surface Pro and Surface Book lines.

The Surface Pro is Microsoft’s hybrid tablet device that features a variety of magnetic covers to provide a laptop-like experience without the bulk. The device also has a built-in kickstand with an adjustable angle to make working on it as easy as possible. Then there’s the Surface Book, which is Microsoft’s ultra-thin Windows 10 laptop that’s designed to compete with Apple’s MacBook Air. Unlike most MacBook Air competitors though, the Surface Book sports a nifty, novel design instead of just blatantly copying Apple’s laptop design.

Also expected at the event are a new all-in-one Surface product that will compete with Apple’s iMac and similar computers, as well as some new Windows 10 features and perhaps even HoloLens updates. The event is scheduled to begin at 10:00 AM EDT / 7:00 AM PDT, and you can watch live streaming video right here.