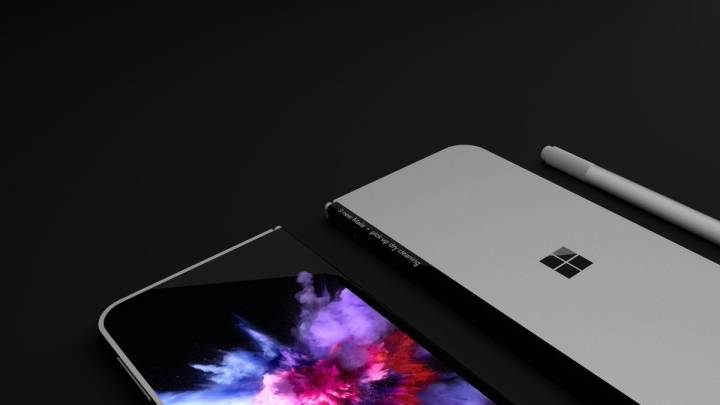 For months now, we’ve been hearing about an innovative new device coming to Microsoft’s Surface line. Codenamed Andromeda, the device is said to be foldable with dual displays, and would exist in the space between a phone and a laptop. Andromeda has appeared repeatedly in reports from other publications and even patents from Microsoft, but on Friday, more evidence surface in the form of an internal document obtained by The Verge.

The document reportedly reveals that Andromeda will be a pocketable device — one which you won’t need a bag to lug around from place to place. In the document, Microsoft talks about how the device has been incubated internally for years, and describes Andromeda as “new and disruptive” for the market.

According to The Verge, this is word for word what Microsoft has to say about Andromeda in the document:

The Verge describes the Andromeda tablet as having a wraparound display that connects at the hinge when opened all the way. Microsoft has apparently been testing stylus input as well, which makes sense for a device that looks like a book when folded over. Andromeda prototypes reportedly feature styluses and apps for taking notes too, and at the moment, the company is experimenting with ARM processors, but a final decision has yet to be made.

The Verge didn’t share any photos or sketches of the device, but has been told that current engineering samples look “identical” to the 3D concept created by David Breyer late last year, which he shared on Twitter:

Sources familiar with the project warn that the release of Andromeda is far from a sure thing, and that Microsoft could opt to can it at any time. So don’t get your hopes up, but know that the device is still in the works for now.