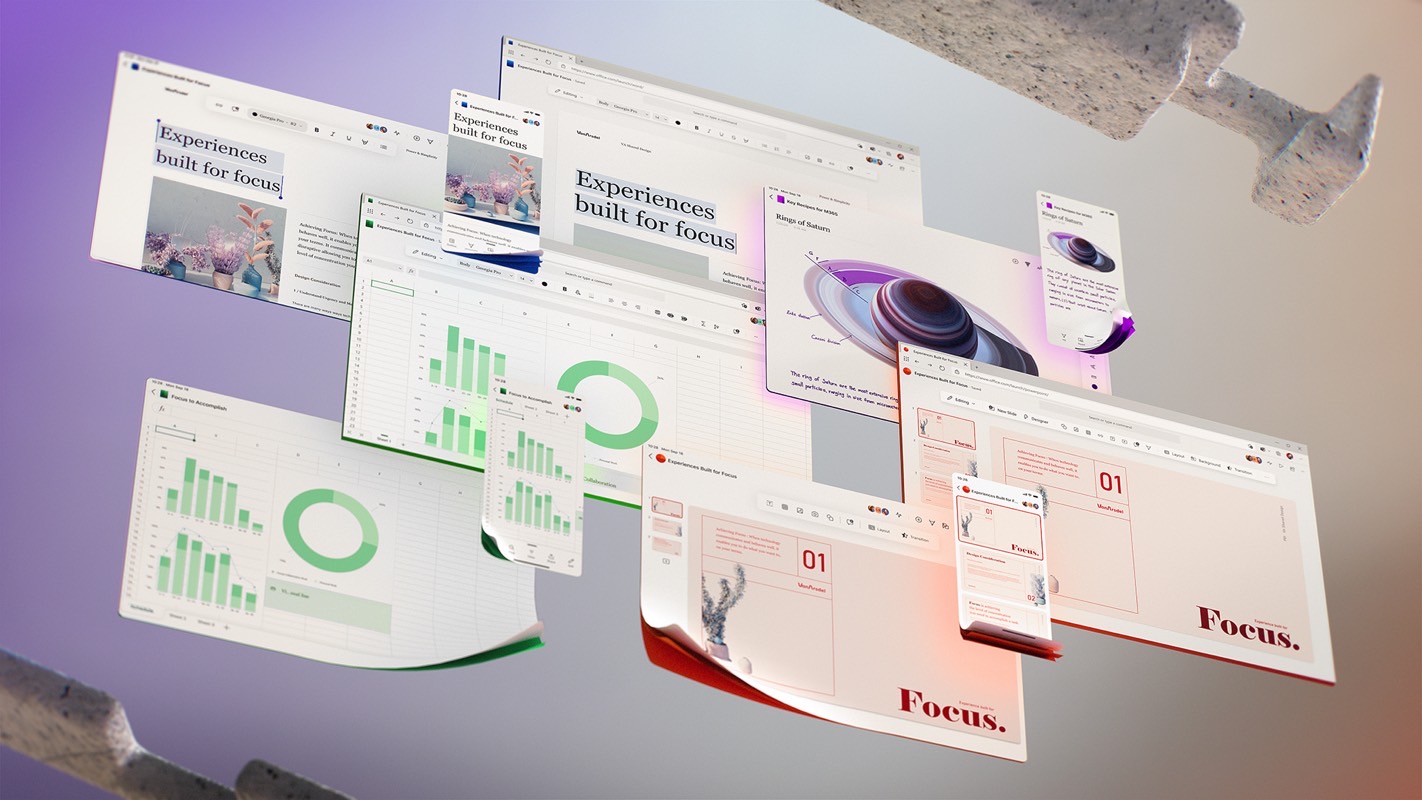 There’s no productivity suite as popular as Microsoft’s Office, even with alternatives available from Google and Apple. Microsoft has continuously evolved the Office suite, adapting it for any screen size and operating system. Whether it’s iPhone, Android, PC, or Mac, you can enjoy the same set of Microsoft 365 features and pick up right where you left off. But Microsoft is now working on a massive visual makeover for the Office apps.

According to Microsoft, these changes will improve the way you work in Office. One of the most significant changes coming to Microsoft 365 apps concerns the iconic ribbon that sits atop the window providing quick access to tools and features you may need while working in Word, Excel, or PowerPoint.

Microsoft’s corporate VP of design and research Jon Friedman laid out the company’s plan in a blog post on Medium. Microsoft is adapting to the new realities that govern everyday life, the executive explains, and that includes the ongoing novel coronavirus pandemic that has forced so many people to work from home. Office apps have played a major role during this time.

Over the next couple of years, Microsoft aims to deploy some of these changes, which should improve the way you work while using Office suite apps. Microsoft’s focus is on increasing focus with this update — pun intended. The company wants to reduce distractions, and that includes transitioning from a ribbon that may seem intimidating at first sight to a simpler, smarter experience.

“The next wave of Microsoft 365 UX changes will go even further by fading brand colors from app headers and exploring adaptive commanding,” Friedman said, explaining that the new, flexible ribbon “progressively discloses contextually relevant commands at the right time just where you need them.”

The ribbon won’t be static, and you’ll be able to move it around, which could help with productivity. By being able to predict the options you might need depending on the context, the ribbon menu could be more efficient and less cluttered. Friedman also said that Microsoft is upgrading its “cross-suite Search to bring relevant information to your fingertips.”

Artificial intelligence (AI) should also boost productivity, and Microsoft is evolving Cortana to be able to assist in Microsoft 365 apps by leveraging the power of information. Cortana will understand context and relationships among topics, content, and people and assist you with individual app experiences. “Excel will catch errors as you write formulas,” Friedman said. “It can also collect existing errors and store them in an easy-to-find place so you can correct them when you’re ready. In Planner, we’re exploring how AI can auto-suggest end dates for tasks based on their descriptions, which is akin to how Forms currently leverages AI to auto-populate questions based on the title you entered.”

From the looks of it, Microsoft plans to make all these features available across all platforms, so you’ll be able to continue your work on a smartphone, tablet, or desktop while using Microsoft 365 apps.

Future updates will also include better security, Friedman explained, including the ability to protect documents and prevent accidental shares and leaks. “Security measures may prevent documents from being hacked, but that’s moot if an overeager coworker shares a confidential file,” he said. “We’re designing experiences that empower file owners to communicate levels of sensitivity to others so you can collaborate with confidence and control what people can or can’t do within documents.”

Some of these plans and designs could change, as Microsoft will start rolling out some of the new features within a year or two. Other functionalities are still “exploratory” and might take even longer than that.