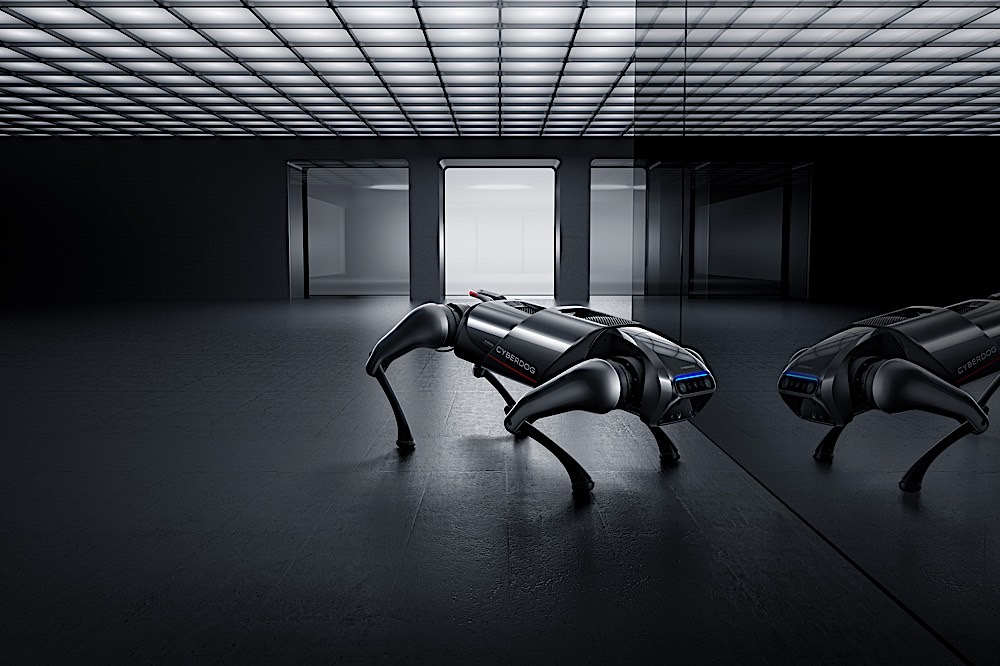 If the Xiaomi CyberDog in the image above looks familiar, that’s because we’ve seen this concept before. Usually, Boston Dynamics is the company that makes the news with creepy robot dogs. However, Xiaomi is also interested in robotics for the home. In addition to unveiling the Mix 4 smartphone and its crazy specs on Tuesday, Xiaomi also took the curtain off of the CyberDog. The unexpected companion can be yours for around $1,500 if you’re among the first 1,000 Xiaomi fans to place an order.

Xiaomi doesn’t only manufacture phones, tablets, and PCs. The company developed an entire ecosystem of smart devices for the home as well. On top of that, it manufactures scooters and announced a few months that it’s making electric cars as well. Therefore, the CyberDog announcement shouldn’t really surprise anyone.

Robotics and AI go hand in hand, and we’ve just begun exploring what smart robots can do. Terminator apocalypse jokes aside, these robot companions are only going to get smarter, and they might have a place in the home of the future. That’s probably Xiaomi’s purpose with the CyberDog. The company is exploring this particular type of technology and figuring out whether it could be an addition to your home, no matter how creepy it might sound.

What can Xiaomi’s CyberDog do?

First of all, this artificial beast can move up to 3.2 meters per second. Converted to the imperial system, that’s 7.16 miles per hour. Xiaomi developed its own servo motors for the robot, with a 32N·m/220Rpm torque and rotation speed. The CyberDog does backflips, too. More useful is the ability to carry up to 6 pounds of additional weight.

What can the robot see?

Xiaomi packed a bunch of camera sensors in the Cyberdog: “AI interactive cameras, binocular ultra-wide angle fisheye cameras, and Intel RealSense D450 Depth module.” Furthermore, its computer vision algorithm lets developers train the robot. The CyberDog features three USB-C ports and an HDMI connector, so you can hook it up to other devices.

Thanks to the camera array, the CyberDog can track objects, locate and map locations, avoid obstacles, and navigate surroundings:

This means that CyberDog can analyze its surroundings in real-time, create navigational maps, plot its destination, and avoid obstacles. Coupled with human posture and face recognition tracking, CyberDog is capable of following its owner and darting around obstructions.

The robot will respond to voice commands, and a companion app will also let you control your Xiaomi pet.