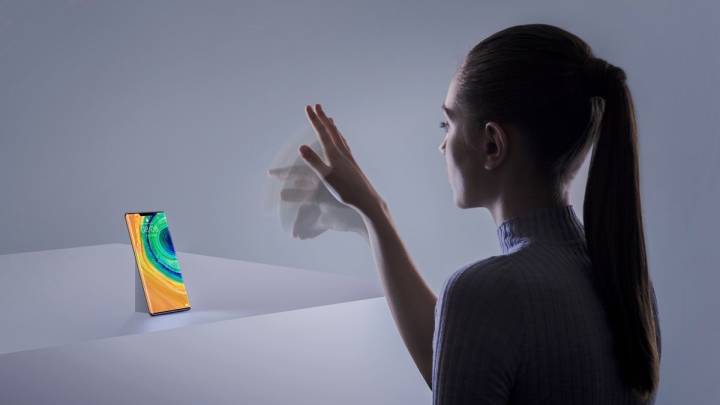 The Mate 30 phones might be powered by EMUI 10 based on Android 10, but they’re not running Google’s version of Android. You won’t find the Play Store, Gmail, Google Maps, or Google Search, and that much was evident early in the Mate 30 presentation on Thursday. As soon as Huawei’s App Gallery app store appeared, it was obvious that Huawei would march ahead without Google, as long as the US ban is still in place.

That’s because Huawei is giving serious consideration to using Android as a base for its own OS. And it’s not even talking about HarmonyOS for smartphones, which is what we’re probably going to see one day on Huawei phones, ban or no ban. Huawei, forced by the US government, seems ready to put a lot of resources into mounting a sort of attack unlike anything we’ve seen before, though others have tried: Using Android against Google.

Amazon is the first example that comes to mind. The company sells a variety of tablets running its own version of Android, based on Google’s Android, of course, featuring its own app store. But Amazon never had to come up with this business line to save itself, which is what Huawei is doing.

Without Google apps, the Mate 30 Pro will be a phone that many people will ignore, no matter what replacements would be available for their favorite Google apps from Huawei.

But the US ban must have made Huawei realize that it can’t give up on making smartphones. That’s a massive chunk of its bottom line. And it can’t have these phones run anything but Android out of China. That’s where the Huawei Mobile Services (HMS) comes in place.

We did not expect to see Huawei address the US ban during the Mate 30 Pro event, but Richard Yu explained at the end that the ban forced the company to replace the Google Mobile Services (GMS) with its own solution.

HMS will be an open-source ecosystem, the Huawei exec said, supporting third-party apps alongside its own “core and capabilities” built on top of the underlying OS — in this case, Android 10.

The App Gallery app store that we mentioned before will be the home of these new apps, and Huawei says it’s quite popular. It may very well be, according to the stats presented on stage, but only in some markets. Going forward, however, Huawei wants to turn App Gallery into a Google Play alternative, one that could one day feature the same apps you can find in Google’s mobile app store.

For Google, it’s both a curse and a blessing. After all, more competition in the mobile space would certainly help alleviate some of its anti-trust problems, especially in Europe, which is a major market for Huawei.

Yu also insisted on the privacy and security features of the operating system, which is a critical aspect to consider when buying Huawei devices, and the Chinese company knows it too well. Huawei had to defend itself a bunch of times against claims from US intelligence officials that its devices can be used to spy on American people, so, naturally, it would want to make it clear to users that its products are secure.

The Mate 30 Pro comes with support for both 3D face unlock and fingerprints, with Huawei saying that its biometric data is protected by the industry’s highest security standards. Other privacy-enhancing features on the Mate 30 Pro include app-tracking protection, support for phone-to-cloud end-to-end encryption, and Face Unlock-protected messaging.

Is that enough to convince some of the hardcore Android users who buy flagship devices to switch from Google to Huawei as soon as this fall? Only time will tell.