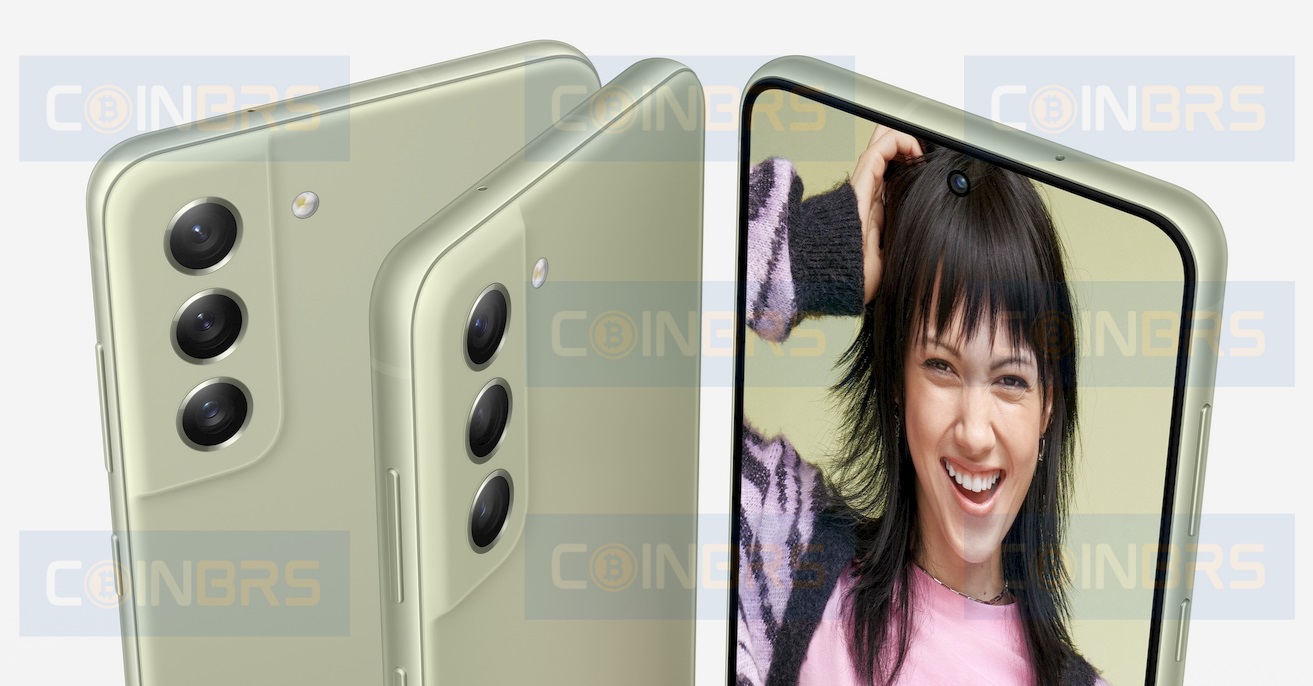 If all of the rumors and reports are true, Samsung is preparing for an exceptionally busy first quarter of 2022. In addition to the Galaxy S22 series, Samsung is expected to reveal its Galaxy S21 Fan Edition (FE) early next year. The company hasn’t actually announced the Galaxy S21 FE yet, but a leak from a cryptocurrency blog might have spoiled the surprise.

The crypto blog CoinBRS managed to get its hands on leaked press materials from Samsung covering the Galaxy S21 FE. Their leak features high-definition images of the phone as well as specifications. If this leak is legitimate, all of Samsung’s Galaxy S21 FE secrets have been spoiled months in advance. Then again, that has pretty much been par for the course for Samsung recently.

Now, let’s move on to specifications. The CoinBRS leak claims that the Galaxy S21 FE will have a 6.4-inch Full HD+ AMOLED display with a 120Hz refresh rate. The hole-punch cutout for the selfie camera will once again be centered at the top of the screen.

As for the processor, Samsung will once again release Exynos and Snapdragon models in different regions. In some regions, the S21 FE will feature a Snapdragon 888 CPU and Adreno 660 GPU. And in others, the phone will have an Exynos 2100 CPU and Mali G78 GPU. Samsung will offer up to 12GB of RAM and 256GB of internal storage as well. This pretty much lines up with the S21.

The camera doesn’t just look the same, but it should shoot similar-quality pictures and videos as well. According to the leak, the Galaxy S21 FE will feature a 64MP primary camera, a depth camera, and an ultra wide angle camera. Back on the front, Samsung is using a 32MP selfie camera.

CoinBRS claims that Samsung will announce the Galaxy S21 FE on January 4th. Another recent leak pegged early February as a likely target for the reveal of the Galaxy S22. Both leaks could be true, but that would mean that Samsung would split up the reveals of the two phones.

Of course, considering the Galaxy S21 line is nearly a year old, it might make sense to push it out before the Galaxy S22 arrives. It’s hard to imagine that Samsung wanted to wait this long to release the S21 FE in the first place. The S20 FE came out last October, which gave it time to breathe before Samsung announced the S21. Parts shortages and logistics issues undoubtedly had a part to play in the S21 FE’s late arrival. But it wouldn’t make much sense to reveal it alongside the S22.