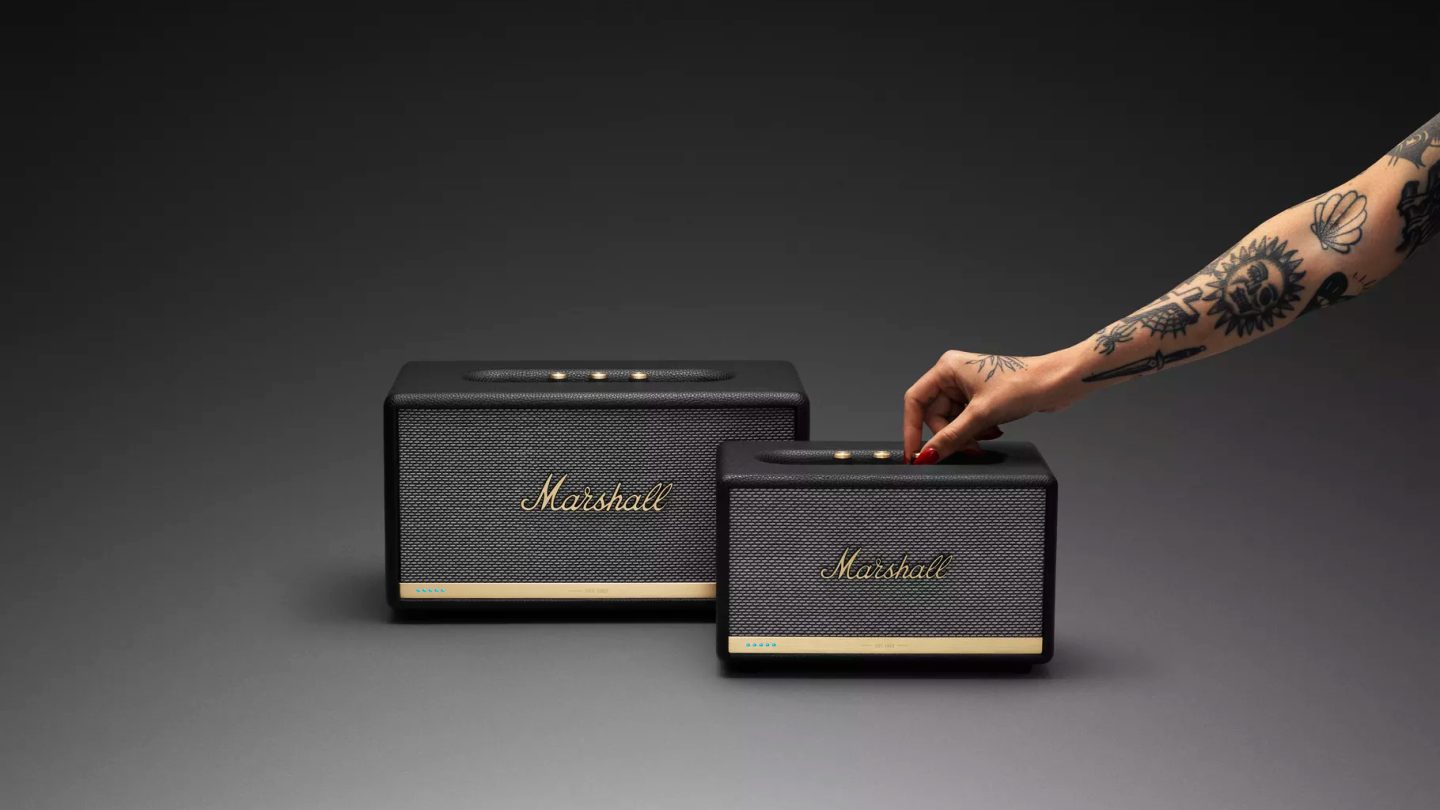 Marshall Headphones, the licensed-out brand that makes headphones and speakers that look like the iconic Marshall guitar amps, already sells one of the neatest Wi-Fi speakers on the market, called the Stanmore. In our review, we loved the sound and connectivity options, and named it one of the best choices for a single-room connected speaker.

But times change, and one of the table stakes for smart speakers now is some kind of voice assistant. So, Marshall is releasing a new range of speakers with Alexa built-in, and is promising to ship a Google Assistant version in the near future.

The new speakers are the Stanmore II Voice and the Acton II Voice, and they’re basically a big and small version of the same thing. Both have a slightly updated design compared to last year’s speakers, and under the hood, an array of far-field microphones have been added to enable the Alexa voice control.

More importantly, however, everything that made the Stanmore an excellent speaker that’s good to have around has stayed. The big physical control dials, which are one of my favourite features on the older speakers, have been retained up top. The styling is always going to be love/hate, but at least it’s well executed, and the materials feel consistently premium.