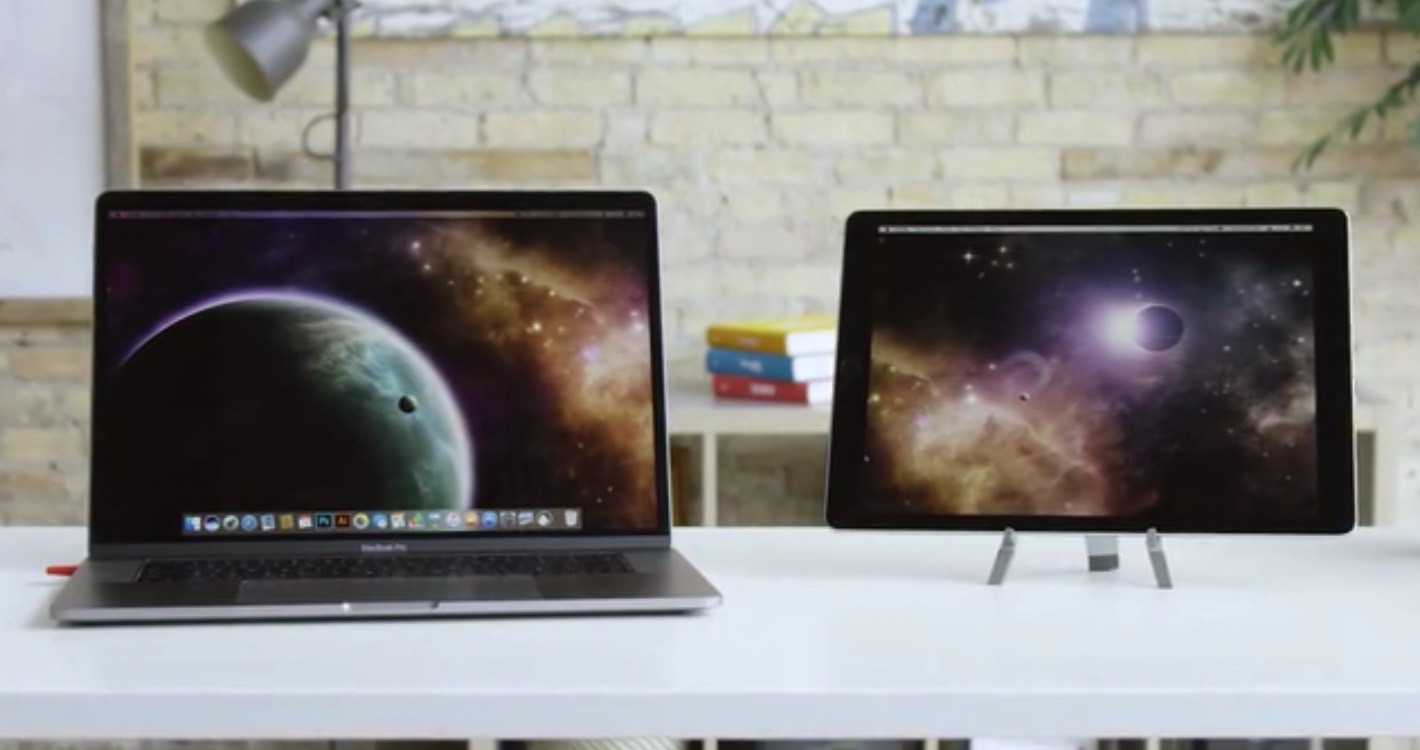 When I first discovered a Medium post that explains how developers were able to add a button to an iOS device, I thought that’d be a neat solution for the iPhone X, which is going to be the first iPhone to lack a home button. But that’s not as cool as the other thing these guys did. They turned an iPad into a touchscreen MacBook, the kind of device I wish for every time Microsoft updates its Surface Book line. And that’s exactly why they needed to invent a secondary button for the iPad.

Astro HQ, makers of the Astropad, just raised a successful Kickstarter for the Luna Display. The company raised $610,000 more than the initial $30,000 goal for a memory stick-like device that connects an iPad display wirelessly to the Mac. And that’s how you end up with a touchscreen MacBook made by Apple. The product costs just $65 on Kickstarter and should ship next May. Here it is in action:

This brings me to the original Medium post I stumbled upon a few days ago. In it, Astro HQ explains how it turned the front-facing camera of the iPad into a second hardware button for the iPad. The purpose of the secondary button is to open a menu for the Luna app whenever it’s needed. That way, the screen doesn’t have to be cluttered with even more user interface elements that may get in your way.

The company basically hacked the camera to trigger a response when you touch it. The camera doesn’t actually take any pictures while it’s active if you’re worried about your privacy. It just registers the light coming in. And all that data is used to invoke a menu on the screen and never leaves the iPad. Here’s how the Camera Button works:

Will someone create something like this for the iPhone X? Adding a secondary iOS home button to any iOS device is impossible unless you jailbreak the phone. That’s not something Apple would allow developers to do otherwise, of course. And it may not be useful on the iPhone X in the first place.

But what’s really exciting about this Camera Button is the purpose it serves. Mac on an iPad!