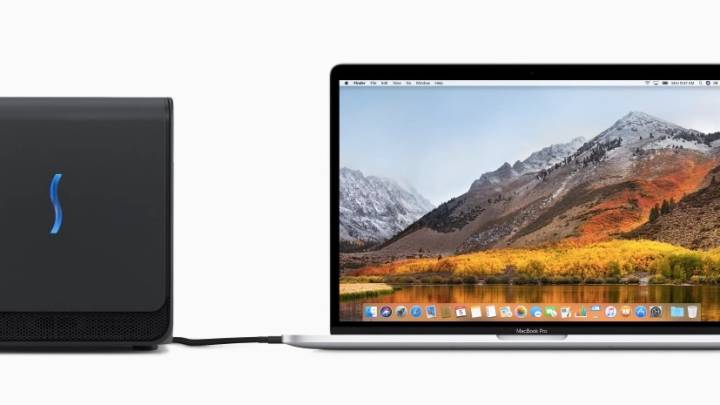 One of the most surprising announcements from the macOS segments at WWDC 2017 was Apple’s commitment to supporting external graphic cards (eGPU) on MacBooks, something that could transform the MacBook Pro into an even more powerful machine, complete with gaming capabilities — VR support would be included. However, we have good news and bad news for anyone looking to use the technology.

Apple is already selling its own eGPU enclosure and graphics card combo. We told you how to get it if you’re a developer or if you’re willing to pretend to be one. The alternative is also getting your own enclosure and GPU, and installing the macOS High Sierra beta as soon as the public version is out.

The good news is that once you hook up a Thunderbolt 3 eGPU to your MacBook running macOS 10.13, everything will work out of the box. You don’t need to hack this functionality, as was the case with previous macOS releases. 9to5Mac has a great video that shows the feature in action.

It just works, but it’s not quite where we want it to be.

But the bad news is that regular users who just want to purchase eGPU kits and run VR games on MacBooks will have to wait until 2018 to make it happen. That’s even if High Sierra will come out later this year. A footnote in Apple’s High Sierra preview page spotted by Apple Insider says that eGPU support is “planned for spring 2018.”

That’s not entirely surprising, given that Apple would want to make sure it offers a great overall experience. The same video above also provides a preview of the things that could be improved down the road.