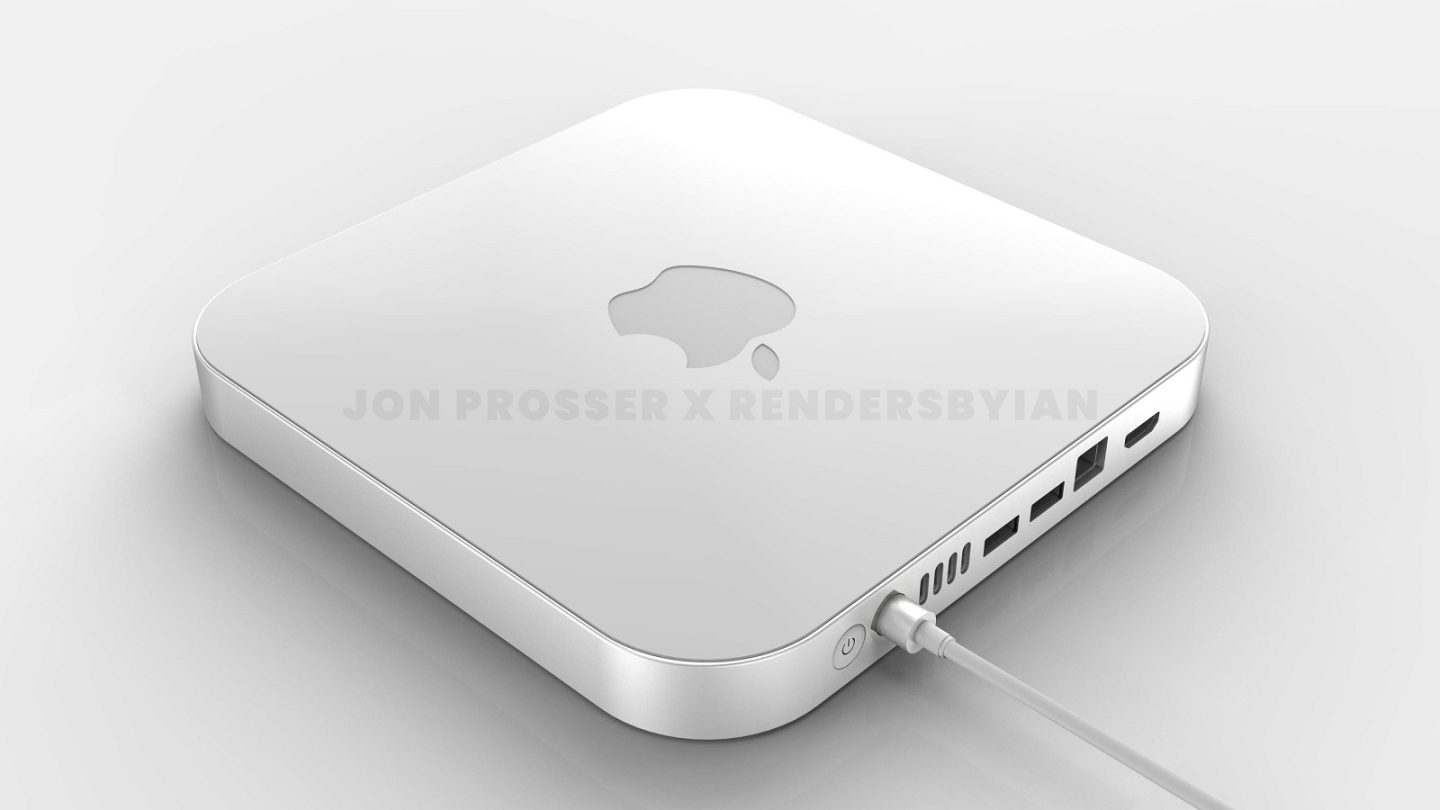 Apple’s annual developer conference is just around the corner, but the past few weeks have been so packed with Apple leaks and launches that it feels like we’re currently in the middle of one long Apple event. This latest round of leaks began when Front Page Tech host Jon Prosser shared renders of the colorful new M2 MacBook Air lineup, which the company is expected to unveil later this year. Just over a week later, Prosser returned with renders of the Apple Watch Series 7, which has a more rounded design, similar to that of the iPad Pro. Two days after that, Apple started selling new iMac, iPad Pro, and Apple TV 4K models that were announced in April.

Needless to say, this has been a busy month, but Prosser isn’t done yet. On Tuesday, a new episode of Front Page Tech arrived to give us our potential first look at the redesigned M1X Mac mini.

Apple updated the Mac mini less than a year ago during its reveal of the M1 chip, but the design was virtually the same as previous Mac mini models. According to Prosser, that won’t be the case for the new 2021 model. As you can see in the video below, the new Mac mini has been totally redesigned, with a slimmer case and a “plexiglass-like material” on the top.

Prosser has heard that one of the possible reasons for replacing the metal top would be to bring two-tone color options to Mac mini. After all, the M1 iMac comes in seven different color options, and the next MacBook Air series is expected to be far more colorful as well.

In addition to the upgraded M1X chip that Apple is expected to bring to the Mac mini, there will also be plenty of ports. The new 2021 Mac mini has the same magnetic power cable as the new iMac, four Thunderbolt ports, two USB-A ports, an ethernet port, and an HDMI port. The 3.5mm headphone jack appears to have been retired, and as Prosser notes, Apple still refuses to add an SD card slot.

Finally, the circular base on the bottom of the device has been replaced with two rubber strips which also appear on the M1 iMac and are expected to show up on the M1 MacBook Air. The cooling vent is down at the bottom as well, as opposed to on the back with the ports.

The latest episode of Front Page Tech comes just a week after Bloomberg’s Mark Gurman claimed in a report that the next Mac mini would feature the same Apple chip as the upcoming MacBook Pro, and would have up to 64GB of RAM, a 10-core CPU, and 16 or 32 graphics cores. We’ll find out more later in the year, but for now, you can watch Front Page Tech and see the M1X Mac mini below: