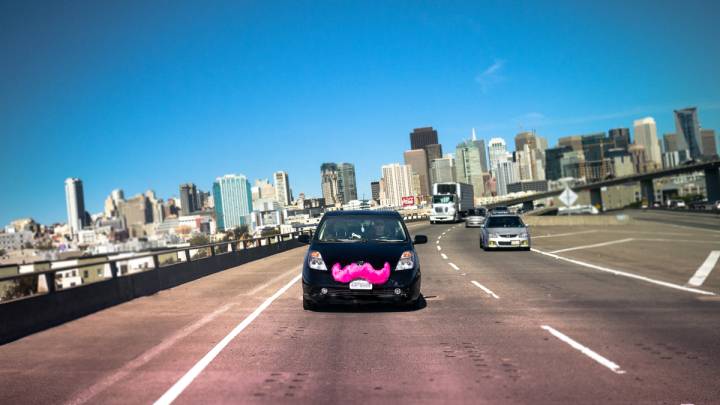 Of all the industries that are currently undergoing actual disruption right now, the automobile industry has to be somewhere near the top of the list. We’re not talking about “disruption” as a meaningless buzzword — we’re talking actual disruption here. Tesla’s attack on the major players in the industry started off small, but now the biggest car brands in the world are scrambling to release electric cars and help build out charging infrastructures. Beyond electric, there’s a whole new breed of autonomous vehicles lingering in the future, just waiting to change the way we travel.

And as it turns out, you might be riding in self-driving cars much sooner than you thought.

Google’s self-driving car initiative has been the most widely publicized for some time now, but another company might beat Google to the punch and have self-driving cars on the road as soon as next year. A report from The Wall Street Journal states that Lyft is hard at work on a fleet of autonomous taxis that could hit the roads sometime in 2017.

Lyft is one of several next-generation taxi companies currently doing battle with Uber, which is by far the most dominant of this new breed of ride-hailing services. Like Uber, Lyft lets customers use an app to call a taxi that will then pick them up at any location and cart them to their destination. Beginning next year, that taxi might not always be driven by a human.

Lyft is reportedly trying to deploy self-driving cars within a year in at least one city. There will still be a human “driver” in the cars, as mandated by law for the time being, but said human will be there solely in the event of a malfunction. Otherwise, Lyft’s new vehicles will drive themselves. “The driver is expected to eventually be obsolete,” the report says.

According to the report, Lyft has not yet determined where it will launch its new program first, but it will start in one city. Customers in the soon-to-be-determined city will be able to specify that they want one of the company’s new autonomous vehicles when hailing a ride, and General Motors will apparently play a big role in the initiative. GM invested $500 million in Lyft just a few months ago.