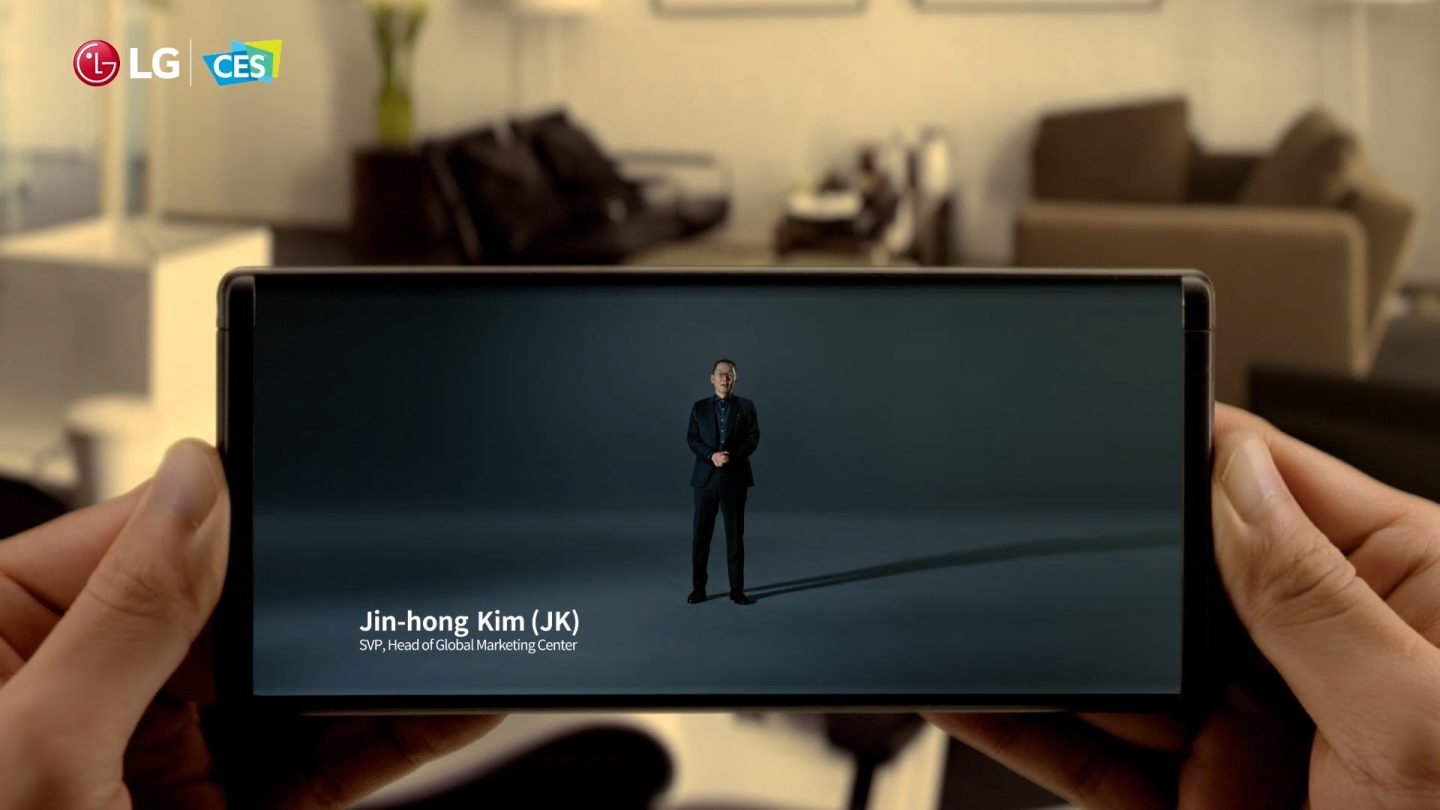 LG stunned the world a few weeks ago with the most exciting phone it ever developed. We learned of LG’s plans to launch a Rollable phone last year, around the time the company was getting ready to launch one of the worst ideas in mobile tech in recent years, the LG Wing phone with a swiveling screen. We all thought the LG Rollable phone that LG showed at CES could be easily filled into the category of “vaporware” tech that’s often showcased at such events. LG isn’t the only company developing phones with screens that can roll, but there was no indication the technology is mature enough to debut in a commercial product. After all, Samsung showcased foldable phone concepts at CES several years before the first Fold phone was ready to launch. And even then, the original Galaxy Fold had some annoying design issues that were never caught during testing.

LG confirmed at CES that the LG Rollable phone is real and it’s launching this year, without disclosing more details on the matter. “Our management wanted to show that it is a real product, as there were many rumors around the rollable phone,” LG spokesman Ken Hong told Nikkei. “As it is released at CES 2021, I can tell that it will be launched this year.” The LG Rollable then won several awards at the show, including “Best of CES” recognition. But in the weeks that followed the trade show, we learned that LG is finally ready to throw in the towel and abandon its mobile division. So who is making the LG Rollable, if it’s real?

LG highlighted all the tech recognition from CES in a press release on Friday and included the LG Rollable phone in it. “Receiving Engadget’s Best of CES Award was the LG Rollable smartphone, grabbing the win for Best Phone/Mobile Device after it was previewed during LG’s CES 2021 press announcement,” the company writes. Later in the announcement, the Rollable phone is listed again, with LG detailing all the phone’s awards.

While the LG Rollable certainly deserves the praise, it’s unclear what will happen to the project if LG ends up selling its mobile division. A report from The Korea Herald said earlier this week that Kwon Bong-seok sent out an internal memo to staff on Wednesday hinting that the company might sell the mobile division.

Since the competition in the global market for mobile devices is getting fiercer, it is about time for LG to make a cold judgment and the best choice,” an LG official told The Herald. “The company is considering all possible measures, including sale, withdrawal, and downsizing of the smartphone business.”

Later, LG confirmed the statement to The Verge, indicating that nothing is decided. “LG Electronics management is committed to making whatever decision is necessary to resolve its mobile business challenges in 2021,” LG said. “As of today, nothing has been finalized.”

Phones like the LG Wing certainly made it more difficult for LG to compete in the business. The LG dual-screen phones that preceded it were not that hot either. The LG Rollable might finally be something people would want to buy. A phone that becomes a tablet when a larger screen is needed. But it will also be a niche phone that might be a lot more expensive than traditional handsets.

A brand new report from Business Korea says that LG is negotiating the sale of its mobile division with Vietnam’s Vingroup. The company is the third-largest handset manufacture in Vietnam, having entered the industry in 2018. Vingroup has been producing phones under an original design manufacturing contract with LG. According to the report, the Vietnamese group is only interested in acquiring LG’s smartphone business in the US. It’s unclear what will happen with the Rollable if these reports are accurate.