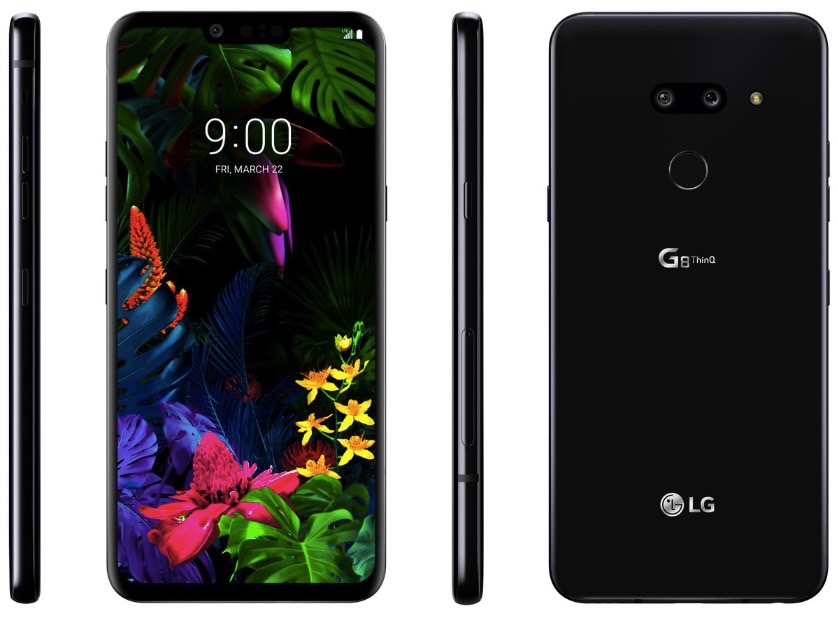 It’s not like we didn’t know what LG’s next flagship smartphone will look like, because we saw the G8 ThinQ in photos in the past few weeks. But now we’ve got press renders of the smartphone, which reveals everything about the phone’s final design.

Evan Blass, one of the leakers who post online press renders of unreleased devices, scored the following image which reveals the G8’s design secrets:

The phone feature’s an iPhone X-like design, complete with a notch on the top and considerable bezels both on top and on the bottom. The screen is slightly curved at the edges, but this isn’t similar to Samsung’s Edge, and the side bezels are noticeable too.

On the back, we have a dual-lens camera positioned on the horizontal, and a fingerprint sensor. That means LG fans will have to wait a while until the company embeds the sensor under the screen. It’s likely the rear panel is made of glass so that the phone can support wireless charging.

There is some good news for smartphone users who prefer wired headphones, as the G8 ThinQ will have a 3.5mm port on the bottom right next to the USB-C connector.

Other design elements include a rather large SIM tray on the right side, which will likely house SIM card(s) and the microSD card, as well as an extra button on the left side, that will invoke digital assistants. The phone’s various antenna bands piercing through that metal frame are also clearly visible.

Considering the G8 ThinQ’s, it’ll be interesting to see whether this is the rumored LG phone that’s going to receive a secondary screen. It’s unclear at this time how such a feature would work.

The G8 will be unveiled during LG’s press conference at the upcoming Mobile World Congress event in Barcelona, Spain, although LG already confirmed the name of the phone, revealing that the handset will have a 3D camera on the front ready to deliver Face ID-like authentication. The same camera will probably be used to translate hand gestures into actions on the screen, a feature LG teased in anticipation of MWC.

The phone should cost around $900 in the US, according to a recent leak, which is what we expect premium phones to go for these days.