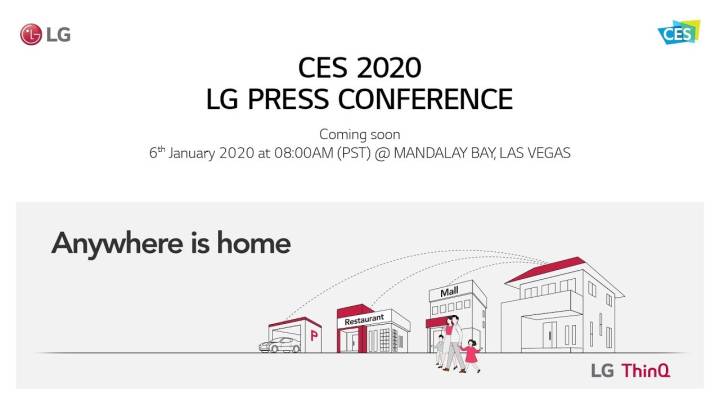 Although the show floor doesn’t officially open until Tuesday, January 7th, CES 2020 is technically already underway, with LG doing the honors of kicking off the week with a press conference on Monday. If you’re looking to get the week started off with some exciting new technology announcements, be sure to tune in to the live stream at the top of this page, which begins at 8 AM PT / 11 AM ET and should last about an hour.

LG is undoubtedly saving a surprise or two for the show, but we already know that at least one of the products on display will be a rollable OLED TV that descends from the ceiling. We’ll also see some of the first Cinematic Sound OLED displays, which have fully-functional sound systems inside their wafer-thin screens, and transparent screens meant for airplanes. As you might have expected, TVs will be the focal of LG’s showcase.

Some of the specific models we’ll see include a 65-inch Ultra HD Bendable OLED display, a 13.3-inch Plastic OLED tablet, and an 88-inch 8K Cinematic Sound OLED display with an 11.2-channel sound system. We will also get our first look at LG’s 48-inch OLED display, which is a first for the company.

There are sure to be other categories represented as well, including smart devices, which should pop up at virtually every keynote throughout the day. Perhaps we’ll finally get a release date for the HomeBrew system that was shown off a year ago. Beyond smart home products, LG will likely have more traditional devices on display as well, including new laptops and soundbars and speaker systems to supplements its TVs.