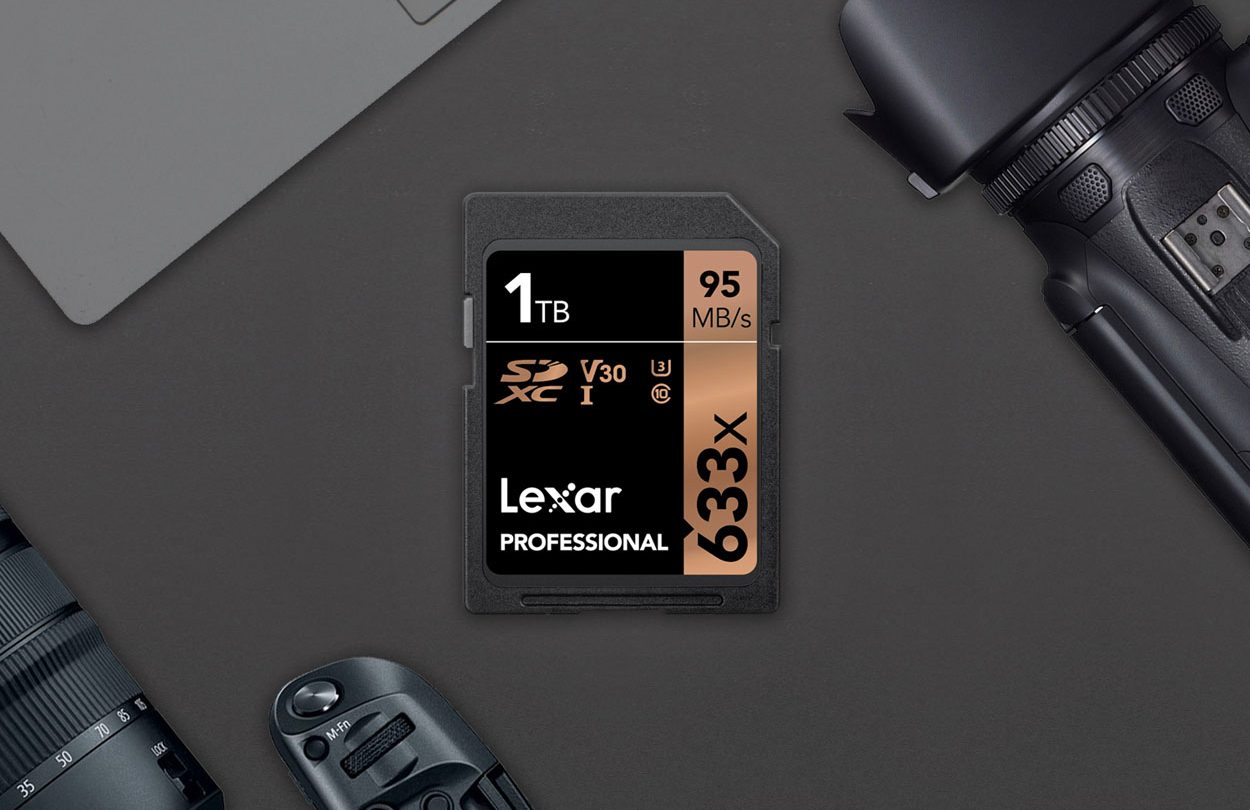 SanDisk earlier this week demoed a 4TB USB-C flash drive at CES 2019, but that’s the kind of prototype product we don’t expect to see in stores anytime soon. But if you’re looking for more storage solutions for your devices, you’ll want to be on the lookout for Lexar’s 1TB SD card that was just announced at the trade show.

That’s because this product is actually available for purchase in stores and online right now.

Called the Lexar Professional 633x SDXC UHS-I, the 1TB SD card targets customers who own DSLR cameras, camcorders, and anything else that can use an SD card. The product supports read speeds of up to 95MB/s, which is good enough for capturing Full HD, 3D, and 4K video, but also for transferring files back to a computer without having to wait forever. The Professional supports Class 10 UHS-I technology, if that wasn’t clear from its name.

The card is made for content creators who “shoot large volumes of high-resolution images and 4K video,” according to Lexar’s senior marketing manager Joey Lopez. And if there’s one thing camera makers, as well as smartphone makers, have been pushing in recent years, it’s support for high-resolution shooting modes like 4K video recording. Sadly, this is a full-size SD card, so it’s too big for smartphones.

Lexar said in its press release that the card will offer users longer shooting sessions since they won’t have to switch cards as often as they used to.

Of course, high-capacity memory products don’t come cheap, and the same goes for the new 1TB Professional card that Lexar just unveiled. The product costs $499.99, and it’s available now. It’s likely we’ll see various deals for it in the near future, but if you can’t wait to get more storage for your photography sessions, then you can pick one up right away.