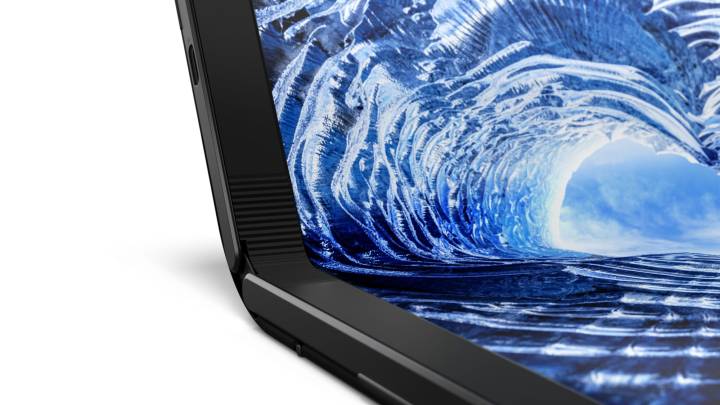 One of the strange things about the foldable design trend that’s sweeping across the consumer technology landscape is how the advent of tech like foldable phones hasn’t exactly set the market on fire yet, while companies are still tripping over themselves to rush new phones, tablets, and the like to market that all present foldable form factors, regardless. Next up to the plate is Lenovo, which on Monday to coincide with the beginning of the 2020 Consumer Electronics Show in Las Vegas announced the ThinkPad X1 Fold — a fully functional PC with a foldable OLED display that’s coming soon and includes a 13.3-inch display, along with a design built from lightweight alloys and carbon fiber, all covered in a luxurious leather folio cover.

It was co-engineered with Intel, is powered by Intel Core Processors with Intel Hybrid Technology and will be available with Windows 10 sometime in the middle part of this year. So, raise your hands if you’d like to buy a foldable PC … which is expected to retail at a starting price of $2,499?

When folded closed, the keyboard is stored and wirelessly charged inside. In portrait orientation, users can take notes or draw out concepts and sign documents using the supported Active Pen. You can also fold the screen out completely flat and use it as a tablet or bend it slightly to use as an e-reader and dive into a few chapters of a book.

Users can also connect a keyboard and mouse, as well as a second display, via USB Type-C if they want. A separate ThinkPad X1 Fold Stand can also be used to quickly put the PC in portrait or landscape mode, making for a complete desk solution.

The ThinkPad X1 Fold Stand is expected to be available in the second half of this year, with pricing revealed closer to that launch date. Lenovo says the display used in the X1 Fold has “undergone extensive durability testing” to make sure it meets rigorous tapping, tracing, and dropping standards, and it’s also been built to endure the same testing as other traditional ThinkPad laptops. In fact, the company says this design was more than four years in development before the eventual 4×3 ratio with a 13.3-inch display design was chosen in order to support the highest levels of user productivity.

After working through six different hinge designs and more than 20 different variations, the company says it settled on a unique multi-link torque hinge mechanism to manage stresses during fold actions. Said Lenovo president Christian Teismann: “Our legendary ThinkPad heritage has given us the foundation for progressive design over the years to now build an engineering masterpiece with X1 Fold, a new category of device that comes along once in a decade.”