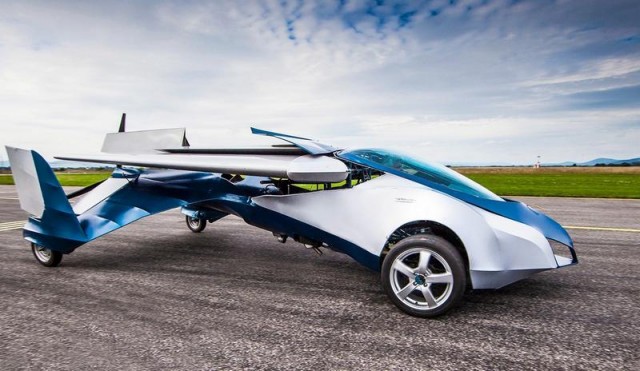 Autonomous cars? Pffff, those are old news. Who wants to sit in traffic in a car that drives itself when you can fly right over all that traffic? While Google and more than a dozen other top companies are hard at work trying to bring self-driving cars to the roads in the United States and abroad, Google co-founder Larry Page has already moved on. As revealed by an extensive new report, Page has secretly dumped more than $100 million of his personal fortune into at least two startups that are looking beyond roads in an attempt to redefine personal transport.

Larry Page has an alias. You probably didn’t know that until today. When he’s sitting in his secret office at one of two secretive startups he’s secretly funding, his name is GUS, an abbreviation of “guy upstairs.”

An exhaustive new report from Bloomberg Businessweek reveals that Page has been dumping millions upon millions of dollars of his own money into two startups that are working to make flying cars a reality. With a personal fortune totaling nearly $30 billion, he certainly won’t miss a few hundred million here and there.

Flying cars have appeared in countless sci-fi visions of the future over the years, and several companies are working to make those dreams a reality. Two of them — Zee.Aero and Kitty Hawk — have been funded in part by Page over the past few years. In fact, Bloomberg Businessweek says that Page has dumped more than $100 million into Zee.Aero alone.

The two companies operate completely separately, the report says, and Zee.Aero conducts tests at an airport that is less than an hour from Alphabet’s Mountain View campus. The company currently has two prototypes that it’s testing, and engineers hired over from NASA, Boeing, SpaceX and other companies are helping to build them.

The patent drawing below from 2012 shows one of Zee.Aero’s designs.

Kitty Hawk, on the other hand, is apparently working on a flying car that resembles a “giant version of a quadcopter drone.”