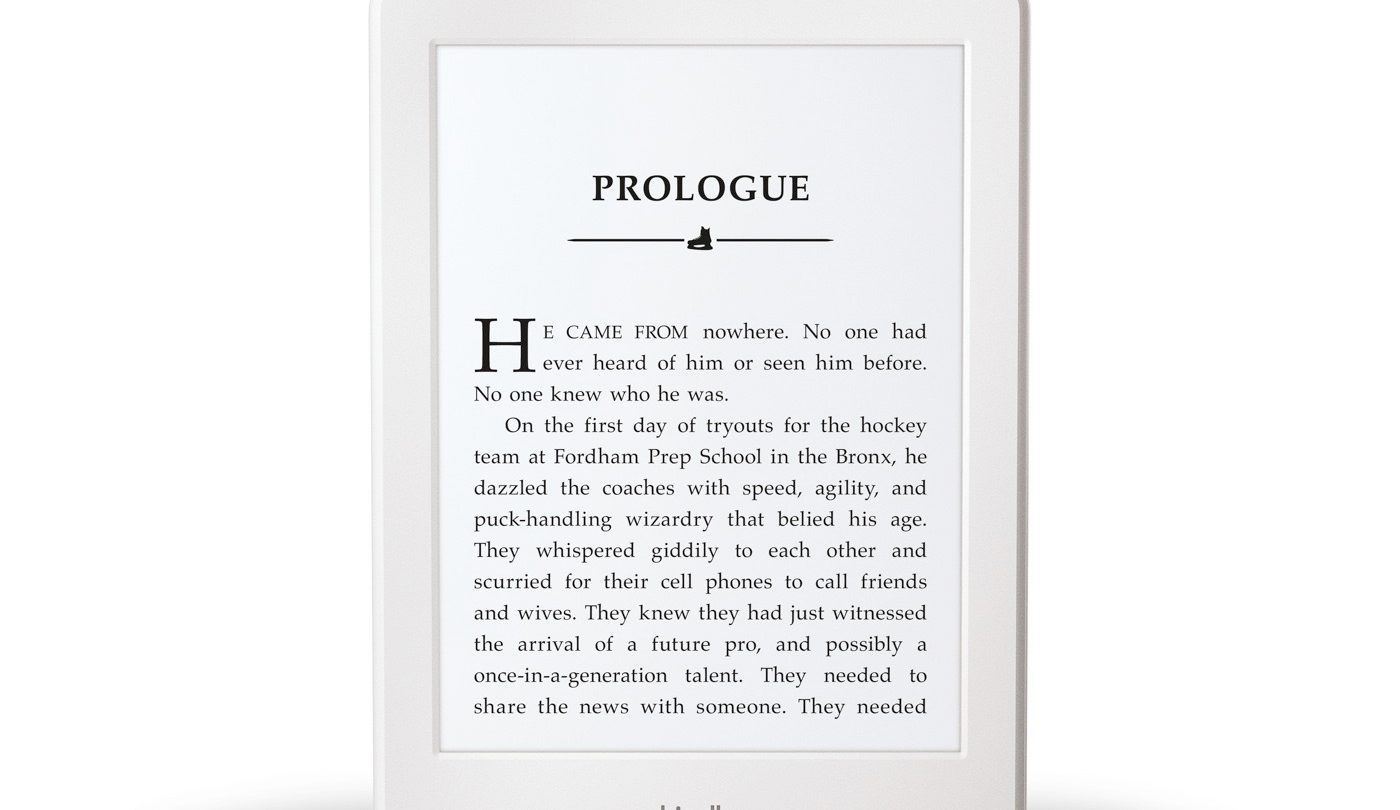 Amazon just made its cheapest Kindle even better. The basic $80 e-reader, aka the one that most people buy, now has double the RAM, a “more rounded” design, and Bluetooth audio. Oh, and it also now comes in white.

It’s a welcome update to a Kindle that’s been mostly overlooked in favor of its fancier cousins, the Kindle Paperwhite and the shiny new Oasis. Still, I have to say I’m a little disappointed there’s no change in the screen, which is easily the most important part of an e-reader.

The move back to pure white is a harkening back to when the Kindle first launched. I remember my first Kindle: it was an all-white, second-gen model with the physical keyboard and the wonderfully clicky buttons to move between pages. It felt like a truly futuristic device, not just because of the space-inspired design, but also the unlimited international 3G internet, which I abused time and again while travelling.

The white option is coming both to the cheap $80 Kindle, and also to the Kindle Paperwhite. In addition to the color change, Amazon is also doubling the memory to 512MB of RAM. There’s apparently a “more rounded” physical design, but it looks pretty identical to me, still just a large rectangular e-ink screen.

The only large capability addition is Bluetooth audio, which lets blind readers connect the Kindle to Bluetooth speakers or headphones to listen to audio narration.