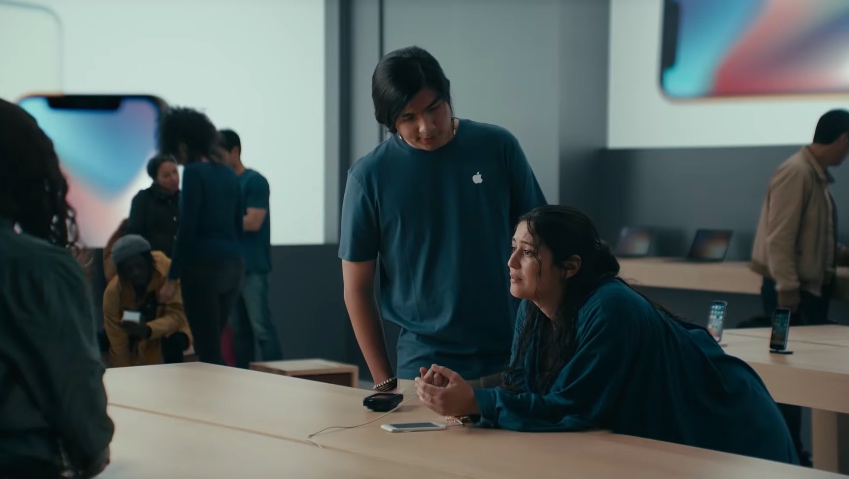 With Apple and Samsung currently duking it out in court — yet again — over damages stemming from their 2012 lawsuit, Samsung today rolled out a new ad which pokes fun at the iPhone X notch and the “Batterygate” saga that embroiled the company late last year. The commercial is incredibly well done and even ardent iPhone supporters have to concede that Samsung’s advertising efforts are some of the best in the business.

As to the “Batterygate” saga, you might recall that Apple late last year admitted to throttling performance on older iPhone models in an effort to prevent unexpected shutdowns. Apple’s admission predictably generated an avalanche of criticism and ultimately forced Apple to provide battery replacements to iPhone owners at a steep discount. With that in mind, the slow-down in performance caused by Apple’s iOS updates is at the forefront of Samsung’s latest ad.

The commercial begins with a woman catching a flight at the airport trying to bring up her boarding pass on her iPhone. Of course, with its performance throttled, it takes a frustratingly long time for it to finally load. A passenger with a Samsung device, of course, is able to get through security in no time at all.

Following that, our heroic iPhone user tries to watch TV on her device only to be thwarted once again by hampered system performance. She glances to her right, and with jealous eyes, sees a passenger with a Galaxy S9 watching a movie.

After a few more instances of the iPhone owner being impacted by slow system performance, she finally heads to an Apple store where she tells an employee that her phone is “really slow.” The Apple employee responds, “You could turn off the performance management feature but it might lead to unexpected shutdowns.”

Her only real solution? An upgrade.

All in all, it’s an A+ commercial that portrays the iPhone in a negative light without being too preachy, even though the iPhone model in the ad is ancient. You can check it out below.