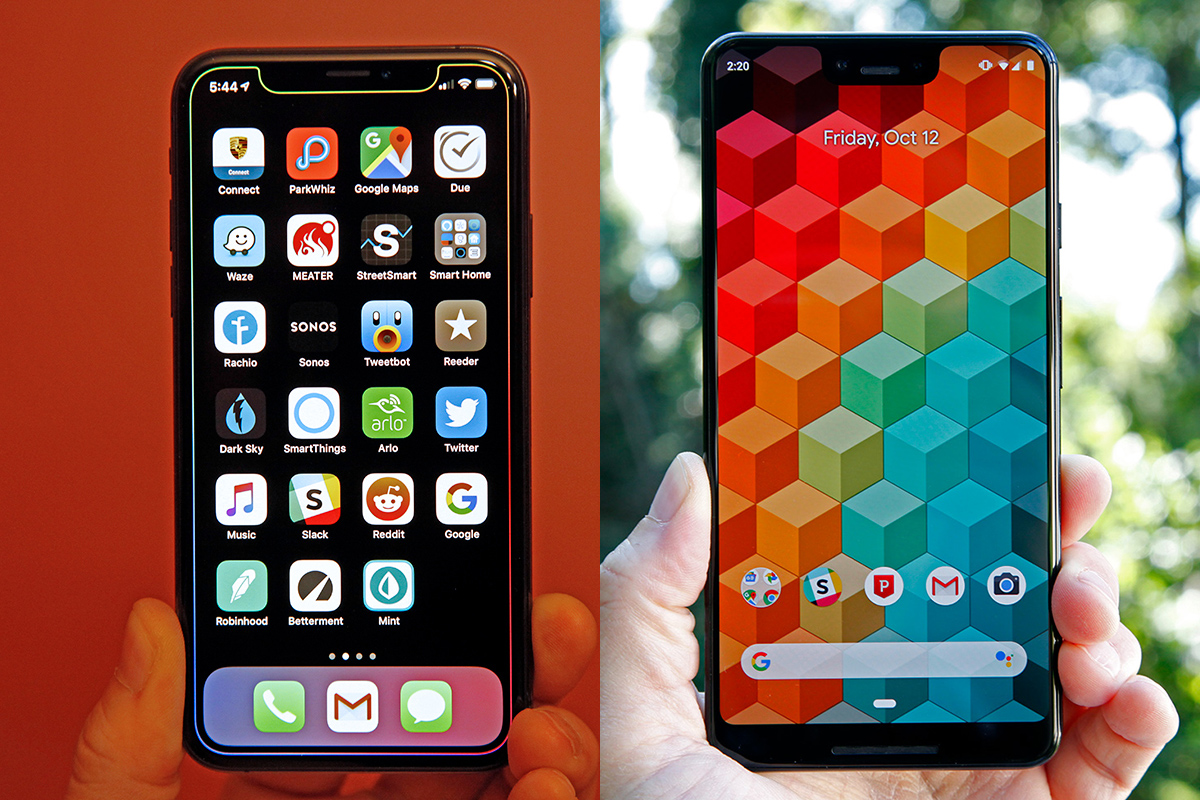 This might be a difficult pill for hardcore Android fans to swallow, but the Android platform exists as it does today because of Apple’s iPhone. Seriously, watch Sergey Brin and Steve Horowitz’s original Android demo video from back in 2007, when Google gave the world its first look at the company’s new mobile platform. As you can plainly see in that video, Android was initially being developed as a terrible clone of the BlackBerry platform, and it might have followed BlackBerry’s platform down the gutter if things had continued as they were. But Google quickly recognized that Apple’s iPhone operating system was far more user-friendly and forward-looking, so the company realigned its vision and built the Android platform that would go on to become the world’s top mobile OS. Meanwhile, all the top mobile companies that decided not to copy Apple saw their mobile businesses topple, including Microsoft with Windows Mobile, BlackBerry, and Nokia with its dominant Symbian platform.

Google and its Android device partners have continued to copy tons of features from Apple’s iOS platform over the past decade. They’ve also taken countless elements from Apple’s iPhone designs. The iPhone X’s notch is the most recent example and perhaps one of the most widely copied iPhone design features, but it’s hardly the first. Most people will recall that Samsung literally wrote the book on copying Apple’s iPhone long before the iPhone X came along. After all these years though, there’s still one awesome yet underrated iPhone feature that Android phone makers refuse to copy, but I really wish they’d come around because it adds so much value to the smartphone experience.

As an iPhone user since the original model replaced my Nokia smartphone back in 2007, it’s been interesting to watch firsthand as Apple introduced new features that made leaving the iPhone platform more and more difficult. iMessage has become the most notable Apple-only feature that keeps users locked in, but there are so many other things that people would miss if they ever left the platform. For me, Continuity is huge. I love that I can start a chat on my computer and pick it up on my iPhone without skipping a beat. Or that I can take voice calls on my iPad, or unlock my MacBook Pro with my Apple Watch and instantly connect to mobile hotspot on my iPhone without even taking it out of my pocket.

Apple’s lock-in goes beyond software features, though. Far beyond. Even after all these years, Apple’s hardware features and designs are still a cut above the competition. Apple’s attention to detail is still unrivaled, and the company constantly goes the extra mile. A great recent example, once again, is the iPhone’s display notch. Aside from the notch, the bezel around the iPhone’s display is perfectly uniform because Apple used a flexible OLED screen and folded it back behind itself so the display controller is hidden inside the phone. It’s a brilliant yet costly solution, and no Android phone makers have been willing to foot the bill on their iPhone clones. As a result, they all have big ugly “chin bezels,” unlike Apple’s iPhones.

There’s another brilliant Apple design that Android phone makers have been unwilling to copy over the years. It’s something I actually think about quite often, but I’ve only mentioned it in passing here on the site. It’s probably one of the most impressive and yet underrated hardware features in Apple’s iPhones: The Taptic Engine.

I review different Android smartphones all the time, which is why this is something I think about as often as I do. It’s actually one of the first thoughts that crosses my mind each time I set up a new Android handset and begin to review it. For those unaware, Taptic Engine is the name Apple gave to the complex haptic vibration systems in its mobile devices, including the iPhone and Apple Watch. The way a device feels when it vibrates might seem like a trivial detail, but I can assure you it’s not. It makes a huge difference to the overall user experience. In fact, even Android bloggers realize how much value Apple’s Taptic Engine adds.

The Taptic Engines found in Apple’s iPhones and the Apple Watch product vibrations that are far more controlled than the ancient vibration motors found in Android phones. The intensity and duration of each vibration is precisely controlled so that vibrations feel like taps instead of violent jarring, as is the case with Android phones. The Taptic Engine is like hummingbird wings fluttering compared to the clumsy flapping of a chicken.

Hearing wooden tables amplify all of the obnoxious vibrate alerts from Android phones at my family’s Christmas party on Tuesday was the latest reminder of how wide the gap still is. I really wish Android phone makers would narrow that gap. It’s the sort of thing that Android fanboys will scoff at and call silly, but once Android phone makers do finally start to copy it, they’ll wonder how they ever lived without it.