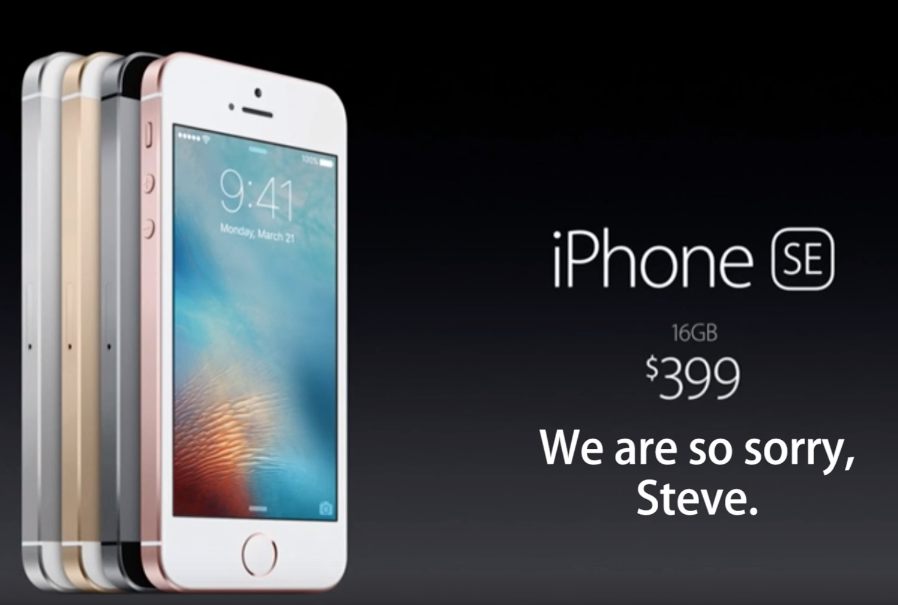 Apple unveiled a new four-inch version of the iPhone on Monday, and some of the Internet’s best minds wasted no time finding ways to make fun of it. YouTuber jacksfilms couldn’t resist taking shots at the new device, which he said was hopelessly outdated for users who have grown to love big displays. For good measure, he also mocked the device’s pricing and its inadequacies as a mobile gaming device.

The video makes the case that a 4-inch screen will prove to be woefully inadequate for playing games and editing 4K videos, which are two iPhone SE capabilities that Apple touted in its big presentation on Monday. The video also points out how ridiculous it is that Apple is boasting that the iPhone SE offers twice the CPU performance of the iPhone 5s, which came out all the way back in 2013.

“That’s right, it’s twice as powerful as a three-year-old phone — incredible, I know!” the video snarks.

The bottom line on the iPhone SE, according to the video, is that it’s “a phone from three years ago… starting at $400.” It then issues a formal apology to late Apple CEO Steve Jobs.