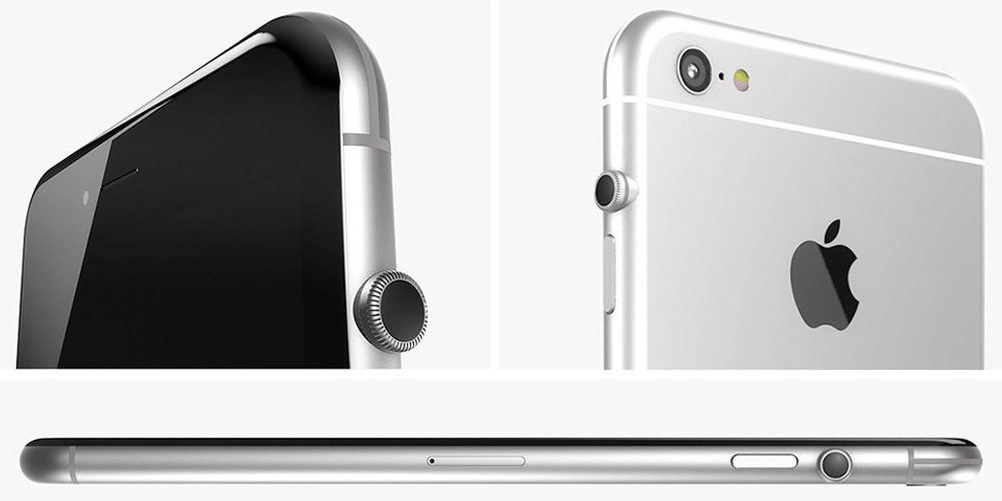 The iPhone is often regarded as the trendsetter in the smartphone business. Whatever Apple does with its phone tends to set design trends for the next couple years: plastic became glass, which gave way to the unibody metal phones everyone is churning out now.

Despite that, the iPhone is far from perfect, and the last two generations are a testament to that. There’s some “ugly” in both the iPhone 6 and iPhone 6s series, represented by the antenna lines on the back, and that protruding rear camera. But if you thought Apple couldn’t make the iPhone any uglier than that, then you’d be wrong.

How wrong? Well, look at this.

DON’T MISS: Leak may have just confirmed the secret Apple had up its sleeve for the iPhone 7

A recently uncovered patent suggests a way the iPhone could be made less appealing by putting some sort of Apple Watch-like digital crown button on its side.

The patent application, first discovered by Patently Apple, details technology that would help Apple add a “rotary input” button on an iPad. The same sort of button could be added to an iPhone. In case you were wondering, the renders above from Antonio De Rosa (via 9to5Mac) show how an iPhone with a digital crown on the side would look like.

The patent explains that the rotary input would work pretty much like the digital crown on the Apple Watch. The button could be used to adjust the volume or resize text, while the push feature would be able to offer additional features, including locking and unlocking the screen or taking a photo.

As always with patents, we’ll remind you that not everything that gets patented is turned into commercial products. That’s also valid for Apple patents.

In fact, Apple is rumored to be interested in removing all the physical buttons from the iPhone. The functions performed by physical buttons could be incorporated within a bigger, curved, wraparound display, that would offer 3D Touch / Force Touch support.

Even in this newly discovered patent application, there’s a hint that future iOS devices might not have physical buttons. “In some examples, the device may not have a border region and may instead have a surface composed only of touch screen,” one sentence reads.