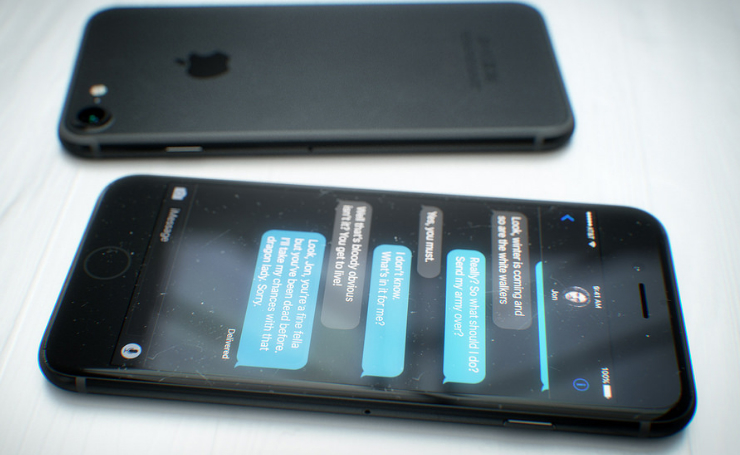 Apple’s iPhone 7 is shaping up to be a more intriguing device than we may have originally given it credit for. According to a new report from Macotakara — a site with an impressive track record regarding Apple rumors — the home button on Apple’s next-gen iPhone will sit flush with the screen and will not move when pressed. Instead, Apple is planning to incorporate a series of sensors underneath the home button that will trigger a slight vibration when pressed. This, in turn, will provide users with the illusion that the iPhone 7 home button is a mechanical button.

The report further adds that the sensors underneath the iPhone 7 home button will be pressure sensitive, thereby paving the way for Apple to incorporate 3D Touch functionality on the screen as well as via the home button itself. Notably, Apple has already implemented this type of technology on its MacBook line via a feature it calls Force Touch.

To provide some context, here’s what Apple has to say about the Force Touch feature on the MacBook:

Force sensors detect how much pressure you’re applying, and the new Taptic Engine provides a click sensation when you press anywhere on the surface. Now the click that once was a single, mechanical function is just the start of what you can do with Force Touch. The sensory capabilities of the Force Touch trackpad allow you to tell your MacBook what you want it to do based on subtle differences in the amount of pressure you apply. This makes it possible to perform a variety of different actions in different apps, all on the same surface. And it can respond with haptic feedback you can actually feel, making your MacBook more usable and personal than ever before.

Now imagine that type of user experience wrapped up in a sleek new iPhone 7: all of a sudden, the iPhone 7 becomes a much more interesting device than previously imagined.

The report further adds that Apple is planning to introduce a new color to its iPhone lineup this fall, a Space Black model to be specific. Notably, we’ve seen a few rumblings suggesting the same over the past few weeks. All told, Apple’s iPhone 7 lineup will likely come in an array of 5 colors – Gold, Rose Gold, Space Grey, Silver and Space Black. While previous rumors hinted at a dark blue iPhone 7 model, those reports were subsequently debunked.

As a final point, word leaked over this past weekend that Apple’s new iPhone 7 models are set to go on sale on September 16th. While Apple hasn’t officially confirmed anything just yet, the above leak came via Evan Blass, as reputable a leaker as they come.