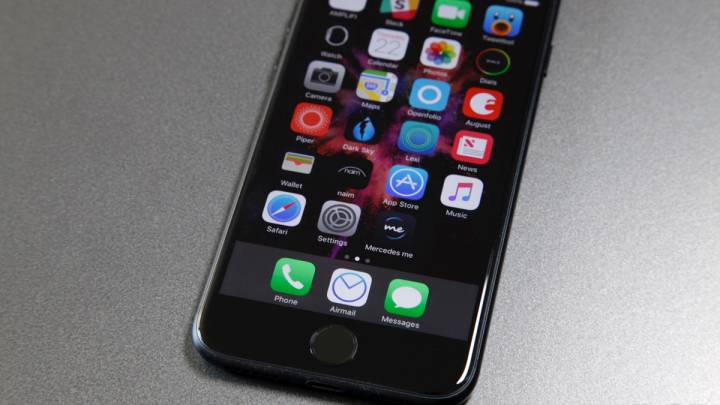 The iPhone does a great job at surviving accidental drops, especially the newest models, but that doesn’t mean the iPhone display won’t break following certain drops. In fact, if you’ve ever dropped your iPhone face down, you probably accepted the fact the screen might break by the time the device actually hit the ground. It happens, no matter how careful you might be.

In the future, however, the iPhone might know the screen is cracking even before you do, and warn you about. Sure, you’re bound to notice large cracks that ruin your entire phone experience. But Apple’s newest invention might help you discover microscopic hairline cracks.

The US Patent and Trademark Office published on Thursday a brand new Apple patent application, first spotted by Apple Insider. Titled Coverglass Fracture Detection the patent details technology that could be used to detect any kind of screen cracks. How would such technology be helpful? Aside from detecting finer cracks that could evolve into something more serious, this new technology could help Apple create even sturdier iPhone screens in the future.

Designers and engineers would be able to study a variety of accidents and determine exactly what caused a screen to break and how such accidents can be prevented in the future.

The patent application reveals that existing technology found inside the iPhone can already be used to detect a crack. The sensors found in the iPhone’s display that’s placed underneath the glass protection could detect changes in the integrity of the glass following an impact.

Apple could also add a particular layer of light-based sensors to the screen that could use light transmission to assess the integrity of the glass:

Furthermore, other phone sensors including accelerometers and proximity sensors could trigger a detection mechanism if a sudden deceleration consistent with a fall is registered.

The iPhone 8 is rumored to feature a glass sandwich design, meaning the rear panel of the phone will also be made out of glass. That would mean the rear glass would break just as easily as the front glass in certain drops.

It’s unclear at this time whether this new Apple invention will be used in this year’s iPhone, and whether it’ll also be able to detect rear cracks. After all, the back of the iPhone will not have the same layers found on display, which might make impossible the actual detection of broken glass. But the patent does mention specific sensors including piezoelectric actuators that would emit vibrations targeting the glass to check its integrity. These sensors could be placed under “masked” or painted portions of the glass. Does that mean this glass-cracks-detecting tech could also be used to monitor the health of the rear glass panel?