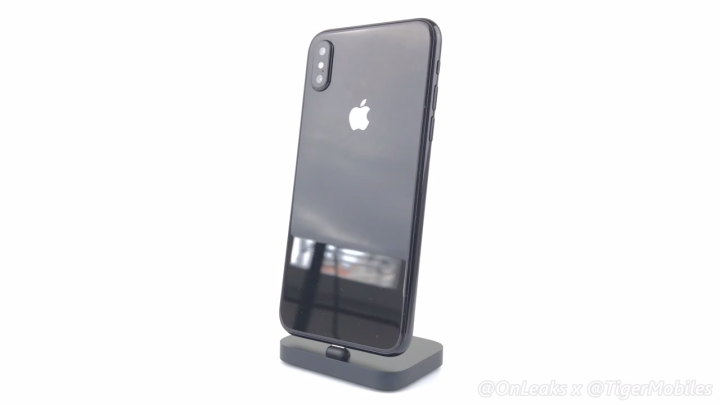 We’ve spent a majority of 2017 poring over dozens and dozens of iPhone 8 leaks. Some have looked surprisingly legitimate while others have been blatant fakes, but something interesting has happened over the past several weeks — a unified vision of the iPhone 8 has begun to take shape. Unsurprisingly, not all of the leaks line up with one another, but enough do that we’ve been able to form a relatively complete picture in our heads of what the flagship device will look like.

This week, Steve Hemmerstoffer teamed up with Tiger Mobiles to bring that vision to life.

What you’re about to watch is a hands-on video with the “iPhone 8” — or at least what we expect the iPhone 8 to look like based on all of the recent leaks and rumors. As the creators of the model explain in the video description, the phone you see below “is manufactured via CNC process. It is based upon 3D CAD sourced directly from the factory in charge of building the new iPhone.”

The rumored design and all of the supposed features of the iPhone 8 are represented on the model in the video, from the vertical dual camera setup to the bezel-less display to the weird camera and sensor arrangement of the front of the phone. The power button has also grown by at least a few millimeters, but the volume buttons and the Ring/Silent side switch appear to be mostly unchanged.

There’s really nothing new here, but providing the leaked dimensions and specifications that keep popping up are correct, this could be our closest look at the iPhone 8 until Tim Cook brings it out on stage later this year. Or until someone accidentally leaves a unit in an airplane.