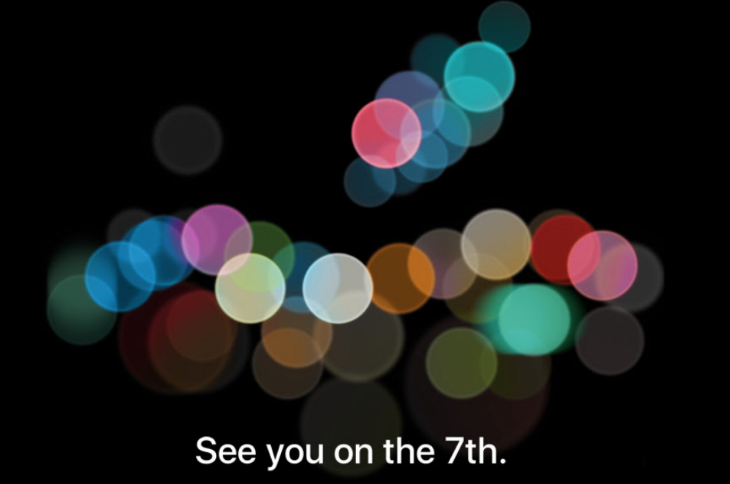 What is Apple trying to say with the image on its official media invite for the iPhone 7 event? The company usually hides clues in all its media invitations, which everyone then tries to decipher. We’ve seen a few example of silly interpretations, but there’s also one that makes a lot of sense. If it’s accurate, the interpretation suggests that Apple has big plans of its new iPhones this year.

In a post covering Apple’s upcoming event, long-time Apple blogger John Gruber explained what he thought the image represents by bringing up an old report of his. “The visual style of the invitation strongly suggests bokeh, giving credence to what I first heard two years ago: that Apple is shooting for SLR-quality imaging in the iPhone cameras (or at least, alas, the Plus model),” he said.

“The specific thing I heard is that next years camera might be the biggest camera jump ever,” Gruber said in mid-November 2014. “I don’t even know what sense this makes, but I’ve heard that it’s some kind of weird two-lens system where the back camera uses two lenses and it somehow takes it up into DSLR quality imagery.”

That’s definitely one reasonable way to interpret the image. And all iPhone fans and haters should know by now that Apple loves talking about camera upgrades each year. From the looks of that image, Apple might really be interested in having everyone know that the camera on the iPhone 7 will do some amazing things.

The iPhone 7 will be far from boring, as we expect it to offer much better performance than its predecessors. But focusing on the camera capabilities hinted at in the official invite, it implies that all iPhone 7 models will offer the same experience. That’s unlikely to be the case given that the 4.7-inch model will be “stuck” with a single-lens camera, while the iPhone 7 Plus might get that SLR-quality camera Gruber is talking about.

For many people, myself included, Apple’s camera approach for the iPhone 7 series is a bit disconcerting. Buyers who want Apple’s best camera experience will have to compromise by getting a bigger smartphone that’s more difficult to handle, and they’ll have to shell out extra cash. So, if that invite image does indeed suggest that a massive iPhone camera upgrade is coming, it’ll also fuel criticism related to the iPhone 7’s less capable camera. That’s if critics decide to stop freaking out about the boring design and absence of the headphone jack.