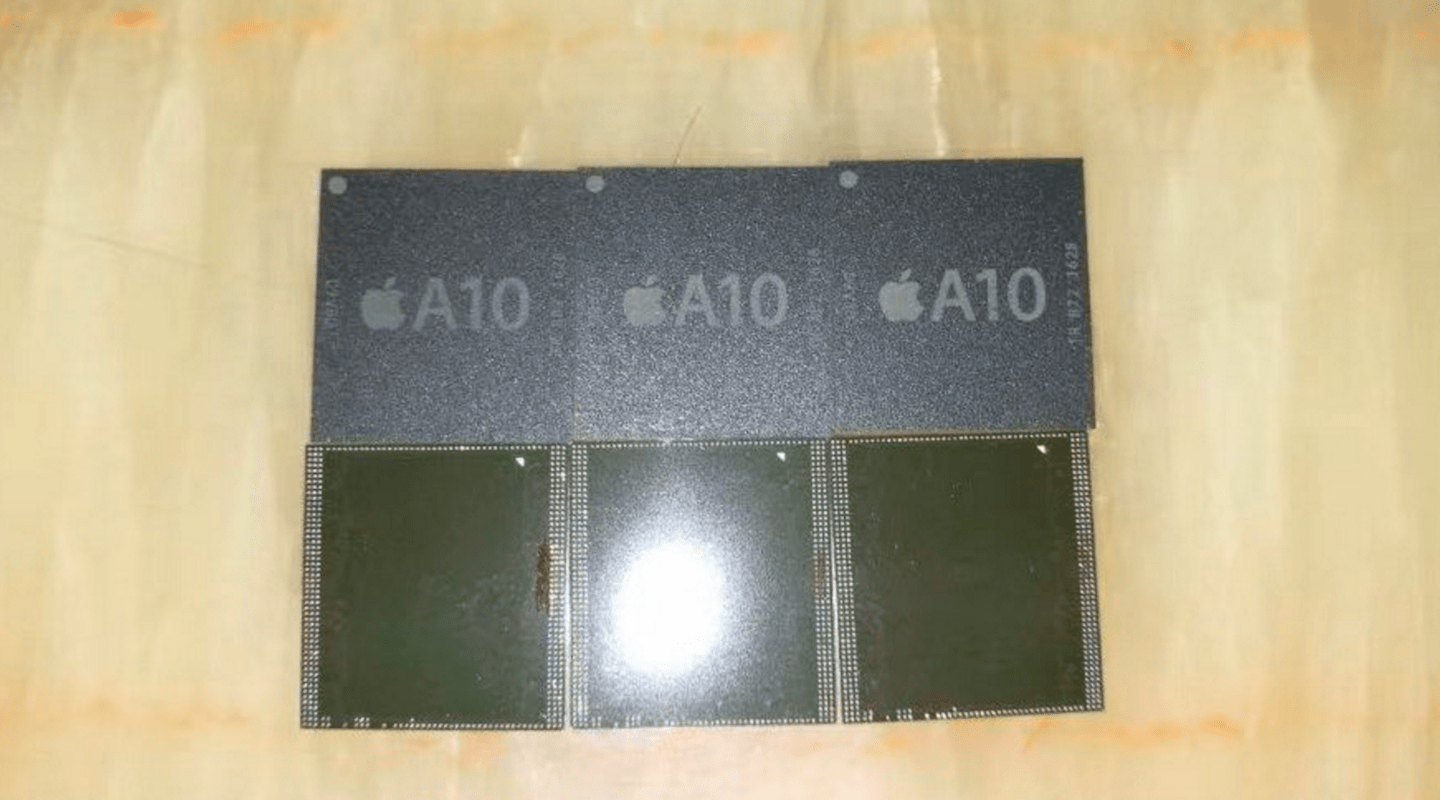 We’ve seen virtually every part of the iPhone 7, internal and external, so its stands to reason that the A10 processor that runs the show would leak out. Now, thanks to a poster on Weibo (via Techtastic), we’ve got our first look at something that claims to be the A10.

At first glance, this does look exactly like what we’d expect. There’s a look at both sides of the chip, and as we’d expect, it’s labelled as an A10. You can also find the 1628 code on the side, which corresponds with production sometime in July, exactly as you’d expect. This is either the real deal, or a fake that took someone way too much time to make.

The manufacturer is expected to only be TSMC, a company that has made a selection of the A-series processors for previous Apple devices. Past phones have had some chips made by Samsung and some by TSMC, causing a discrepancy in the past, and different speeds from different phones.

Apple’s proprietary A-series processors are routinely near the top in terms of power, challenging the latest designs from Snapdragon for efficiency and raw speed. With the A10, it’s a safe bet the same thing will happen: near-top industry speed, but with unrivaled efficiency.

The new A10 processor may well be one of the highlights of the new iPhone, which is expected to share a faintly similar design to the 6S, but with slightly different colors, and no headphone jack.