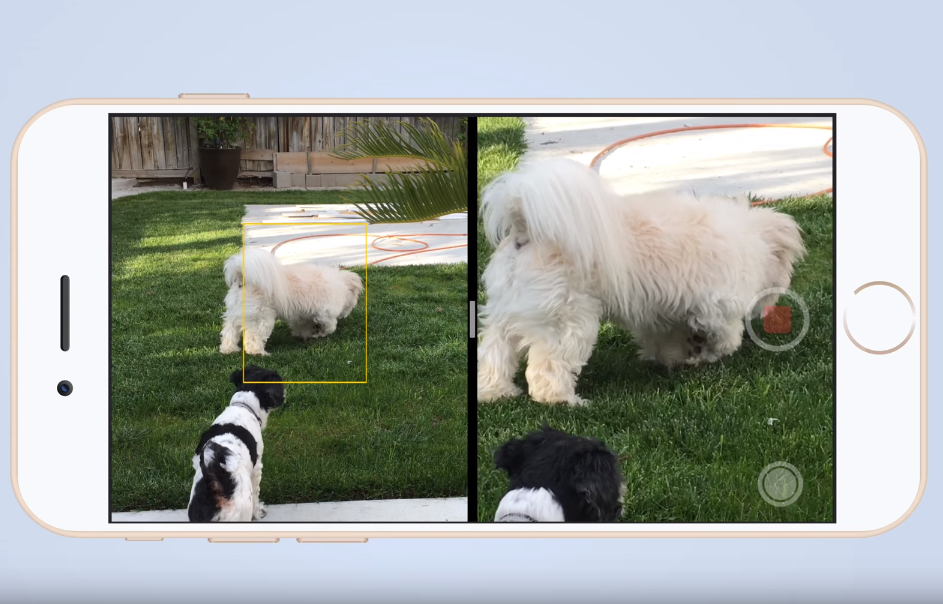 One of the more intriguing features that we might see with this year’s iPhone 7 is a dual camera setup that features both a standard wide-angle lens camera and a secondary telephoto lens that would be capable to capturing zoomed-in pictures and videos. MacRumors’ videographer Matt Gonzalez has put together a terrific concept video that shows us just how cool it would be to have such a dual camera system on your iPhone and he draws on actual Apple patents to give us a realistic look at how it might be implemented.

In his concept, Gonzalez shows how Apple could let you see two different views on your iPhone at the same time — one from the standard camera and one from the zoomed-in camera. Unlike other phones on the market with dual-camera setups, the concept iPhone 7 camera would let you use them both simultaneously. Here’s a drawing from an Apple patent that shows what this could look like:

In theory, this kind of technology could help users put together some really impressive videos where they can use two different shots of something and have them transition into one another. So for instance, if you’re filming a baseball game, you can use the zoom-in camera to get a closeup shot of a batter and then switch to the regular camera once the batter hits the ball to get a better look at the whole field.

Check out MacRumors’ full concept video below to get a better idea of how this would work.