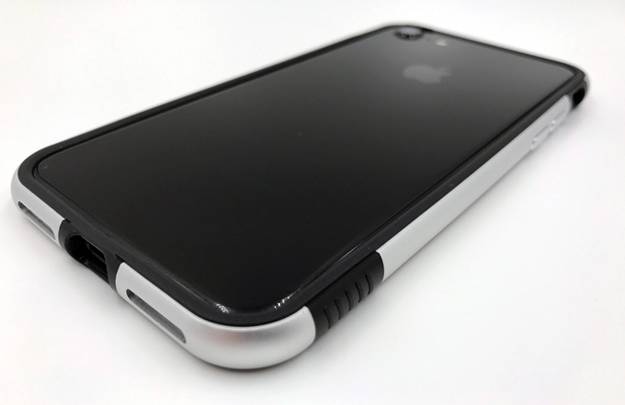 There are plenty of bumper cases out there for Apple’s new iPhone 7 and iPhone 7 Plus, but none of them offer the type of protection you’ll get from the next-generation ThanoTech K11 bumper — at least not without adding an unusable amount of thickness to your iPhone. The beauty of bumpers is that they offer fantastic protection for your iPhone without hiding the handset’s gorgeous design or adding excessive bulk. In fact, since most bumpers only cover the edges of a phone and not the front or back, the handset feels just as thin in the hand as it would with no case at all.

We have tested a number of iPhone 7 bumpers so far and to be frank, we haven’t been thrilled with any of them. Some looked nice but didn’t offer much in the way of protection, while others offered great protection but were far too bulky. Luckily, the company behind one of our favorite iPhone 6/6s bumpers is back with an updated model for the iPhone 7, and it’s better in almost every way.

MUST SEE: Hey Apple, why are you trolling us?

The newly updated ThanoTech bumper features a sleek and slender design that looks a great deal like the previous-generation model, but it has been updated in a number of important ways. There have been structural improvements made, which have resulted in an even more durable design. Then ThanoTech also made some key design changes to offer better grip as well as better access to buttons and ports.

Of course, the important question is whether or not the new K11 bumper for the iPhone 7 and iPhone 7 Plus still protect as well as the old models, and the drop tests that begin just after the 2:20 mark in the video below certainly suggest that’s the case.

In the video, iPhones protected by the K11 bumper were dropped from 4 feet, 6 feet, 10 feet, and 16 feet in order to show off the case’s durability. While drops from higher distances resulted in some scuffing on the K11, which is only to be expected, the iPhones emerged completely unscathed each time. We’ve been testing a prototype of the K11 for a few days now and while we haven’t quite been brave enough to drop a phone from 16 feet in the air, the case and iPhone held up just as advertised in a few test drops from between 3 and 4 feet.

Now, for the bad news: the K11 bumpers for the iPhone 7 and iPhone 7 Plus aren’t yet available for purchase. Instead, ThanoTech is running a Kickstarter campaign to help finance its first run. The company is seeking $60,000 by November 21st, and the cheapest option is a $20 early bird special, though only 23 early bird slots were left at the time of this writing. After they’re gone, the new K11 will cost $25, which is still a good deal.

ThanoTech has run two successful Kickstarter campaigns in the past, so risk here is minimal as far as Kickstarter goes. Check out the full campaign page with plenty of additional information right here.