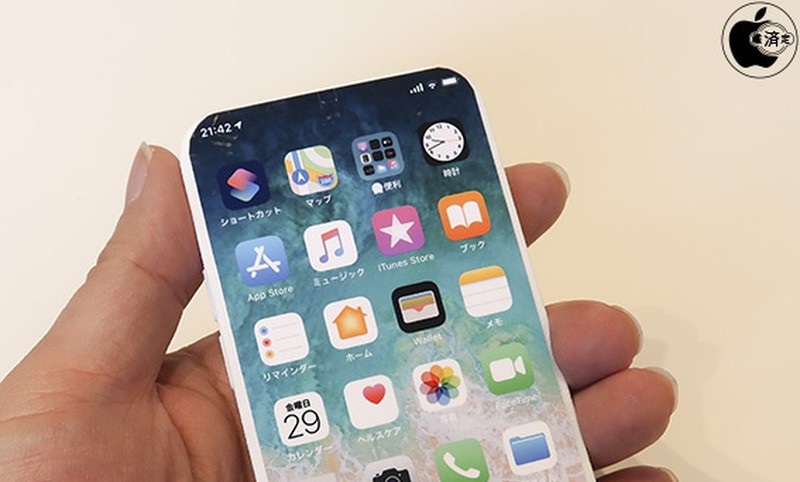 This fall, Apple is expected to launch four new iPhone models. Dozens of leaks and reports have suggested that all four iPhone 12 models will feature OLED displays, 5G support, and a faster processor. We might also see a number of rather notable design changes, from a smaller notch at the top of the display to a metal frame similar to that of the iPhone 4. That said, Apple is expected to save any major design overhauls for the 2021 iPhone line, and despite the fact that it’s still June of 2020, a new leak purports to reveal the design of the iPhone 13.

Japanese blog Mac Otakara shared images and a video this week of a 3D-printed mockup of what it claims to be a 5.5-inch iPhone coming out next year. The site says that the mockup is from “Alibaba sources,” but it doesn’t go into detail. According to the leak, the model in the video below is a successor to the 5.4-inch iPhone 12 launching this fall, so we can assume this is one of the lower-end iPhone 13 models (providing it’s real, of course).

The most obvious difference between this mockup and the leaked iPhone 12 designs we’ve seen up to this point is the missing sensor housing at the top of the display. There’s no notch on the purported iPhone 13, which implies that Apple will place the TrueDepth camera and sensors underneath the screen. Mac Otakara also says that Apple might be testing a camera at the bottom of the screen, but doesn’t explain how that would work.

Although the screen size is slightly larger, the dimensions of the 5.5-inch iPhone 13 are supposedly in line with those of the 5.4-inch iPhone 12. The bezels surrounding the screen are even smaller than the ones found on the iPhone 11, and Mac Otakara suggests Apple might be upgrading the Super Retina XDR display to achieve this.

On the back of the mockup, five dots can be seen where the camera module should be, which Mac Otakara says can be used “for testing various camera modules.” Some earlier rumors have claimed that Apple may find a way to fit up to four cameras on the back of the iPhone 13, as well as a LiDAR Scanner.

Finally, what appears to be a USB-C port has replaced the Lightning connector at the bottom of the iPhone 13. We have seen rumors lately suggesting Apple’s iPhone models beyond 2020 might be completely portless. Needless to say, we’re going to take this leak with a grain of salt. Mac Otakara says that this is just one of the prototypes currently in the works, so even if it really did come from Apple, there’s a chance it will never see the light of day. Nevertheless, the prospect of a truly all-screen iPhone is sure to get fans excited.