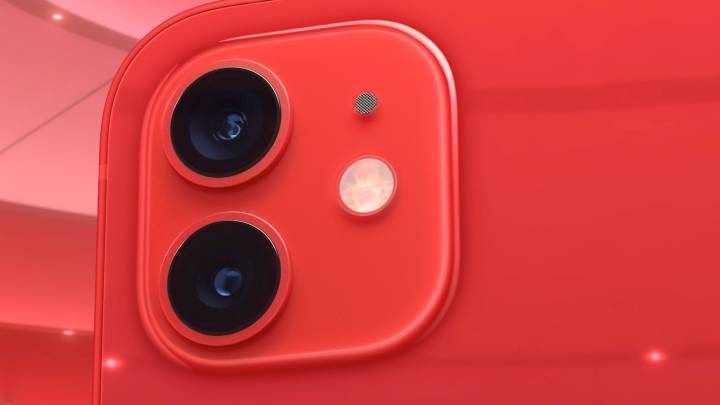 Apple rarely makes drastic changes to the design of the iPhone, which is why the squared-off edges of the iPhone 12 drew so much attention when the new models launched last fall. Unfortunately, there may be a problem with the sleek new edges, as Svetapple reports that the aluminum chassis surrounding the PRODUCT(RED) iPhone 12 it bought in November has begun to suffer from discoloration as the red color is fading away.

Here is how Svetapple described the discoloration, which has developed over the course of the last few months:

Back in November 2020, we bought a red iPhone 12 for the editorial office, which is used primarily for work purposes. This phone has been worn in a transparent case since day one and has not been used in any “toxic” environment where aggressive substances are present. Nevertheless, an unpleasant cosmetic defect appeared on it, which from our point of view was caused by a bad / imperfect surface treatment. A deep red color began to fade in one of the corners, which did not look good visually.

As you can see in the photo below, the discoloration took place around the corner of the iPhone 12 closest to the rear camera, but the site is adamant that it didn’t knowingly do anything to cause the problem:

This prompted Svetapple to comb the internet for similar occurrences, and it turns out that not only are other iPhone 12 owners running into the same issue, but iPhone 11 and second-generation iPhone SE owners are seeing the color fade on the edges of their phones as well. A thread on Apple’s official support forums is full of irate iPhone 11 owners reporting discoloration on a number of colors, from red to green to black. There is another thread about the issue on the MacRumors forum where user The-Real-Deal82 offers a compelling explanation:

Coloured aluminium will fade unfortunately and as we know even with a red car, it starts changing colour the moment it is exposed to UV light. Red is perhaps the worst colour for pigment change in just about any format from printing ink to coloured dyes.

In regards to an iPhone the colours aren’t present due to anodising. Anodising is very restricted to silvers, golds and down to dark bronze. The colours Apple use are from chemical colouring which is a similar process but allows a much wider colour variation. The downside of this is that they are not quite a stable in terms of resisting the elements.

I would definitely get that phone swapped and not use a case with clear sides going forward. I am very surprised you are seeing this fading after such a short space of time too.

Whatever the case, it’s not a great sign that iPhone 12 owners are experiencing discoloration this early into the new phone’s life cycle. Still, there haven’t been widespread reports of the problem quite yet, so we don’t know how many people are actually dealing with this issue or if there is a single culprit behind most of the cases.