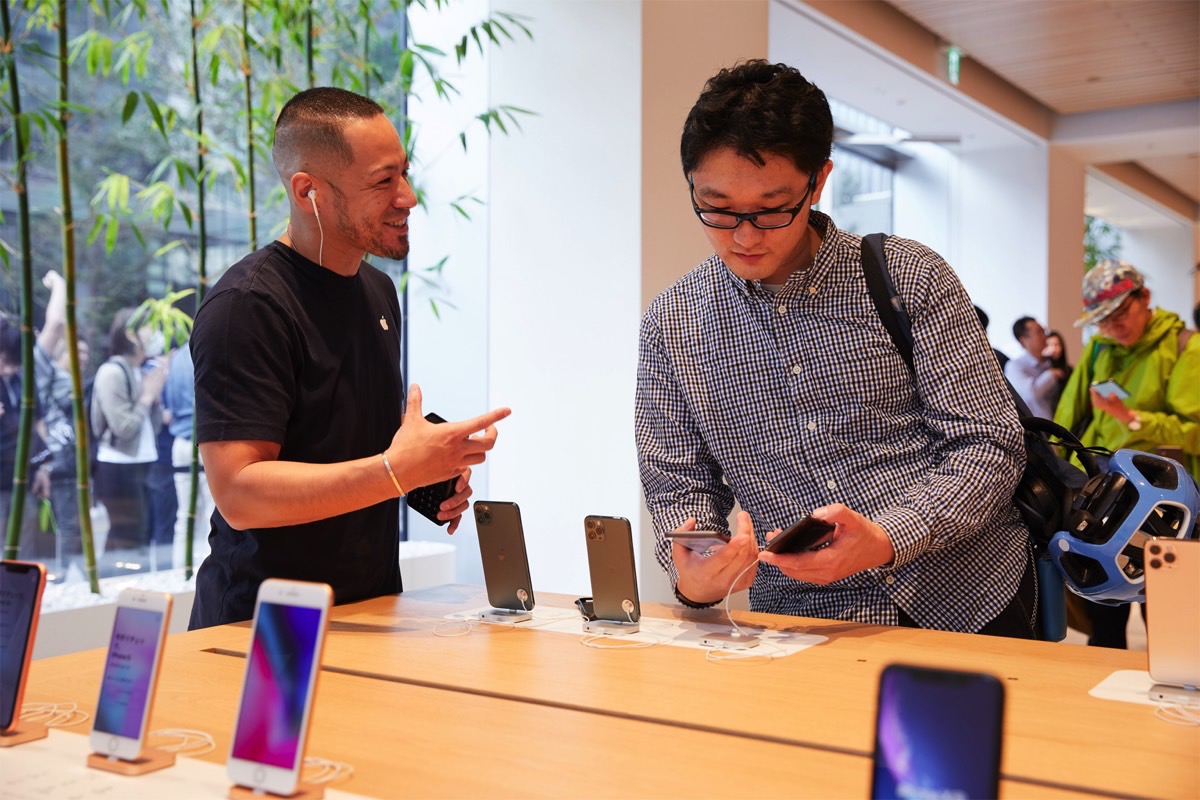 It’s Friday, September 20th, which means two things. One, that your iPhone 11, iPhone 11 Pro, iPhone 11 Pro Max, and Apple Watch Series 5 preorders are shipping today, so you’ll have now iOS and watchOS toys to play with later. And two, all these new Apple products are now available in retail stores around the world to try before you buy, if you’re that kind of Apple gear buyer. Of course, you may run into stock issues, especially with the iPhone 11 phones, many of which sold out online soon after Apple kicked off preorders. Not to mention that Apple fans have been lining up in front of Apple retail stores, again, to get their hands on the latest hardware.

Just like every new iPhone generation, the iPhone 11 generation delivers Apple’s best iPhones ever. The regular iPhone 11 is $50 cheaper than before, starting at $699 and coming in six colors, of which the new green and purple seem to be favorites among buyers, with yellow coming in third. Aside from the extra camera on the back of the 11 Pro and 11 Pro Max, and the LCD display, the iPhone 11 is essentially a copy of the iPhone 11 Pro models when it comes to hardware. The same powerful and efficient A13 chip powers the handset, which means the affordable iPhone 11 will be a formidable adversary to low-priced Android handsets, including affordable flagships like the OnePlus devices.

#iPhone11 is only out tomorrow but there is already a line at the Singapore Apple Store and it is only going to be worse as the day passes! pic.twitter.com/FYfOkh2u9C

The iPhone 11 Pro models, meanwhile, come in a green shade of their own that so many people seem to like. More interesting, of course, is the rear camera of these phones, which received praising reviews. If you take a lot of photos and videos, the Pro is probably a better option than the regular iPhone 11, assuming you’ve got the extra $300 or $400 to spend on a Pro or Pro Max model respectively. Also worth remembering is that all three new iPhones feature bigger batteries and better battery life than ever. By the way, here’s a good list of iPhone 11, 11 Pro, and 11 Pro Max reviews that are worth checking out. A camera-only review is available here, with more photo samples found here.

The Apple Watch 5, meanwhile, is the natural successor of the Apple Watch Series 4. We’ve got the same design that Apple introduced last year, almost the same processor, but a System-in-Package (SiP) that includes a compass, and a brand new, must-have for some people, feature: the always-on display. That said, the Apple Watch 5 does come in new finishes, including Titanium and Ceramic, and is still the best wearable you can find in stores right now — an Apple Watch 5 review roundup is available here.