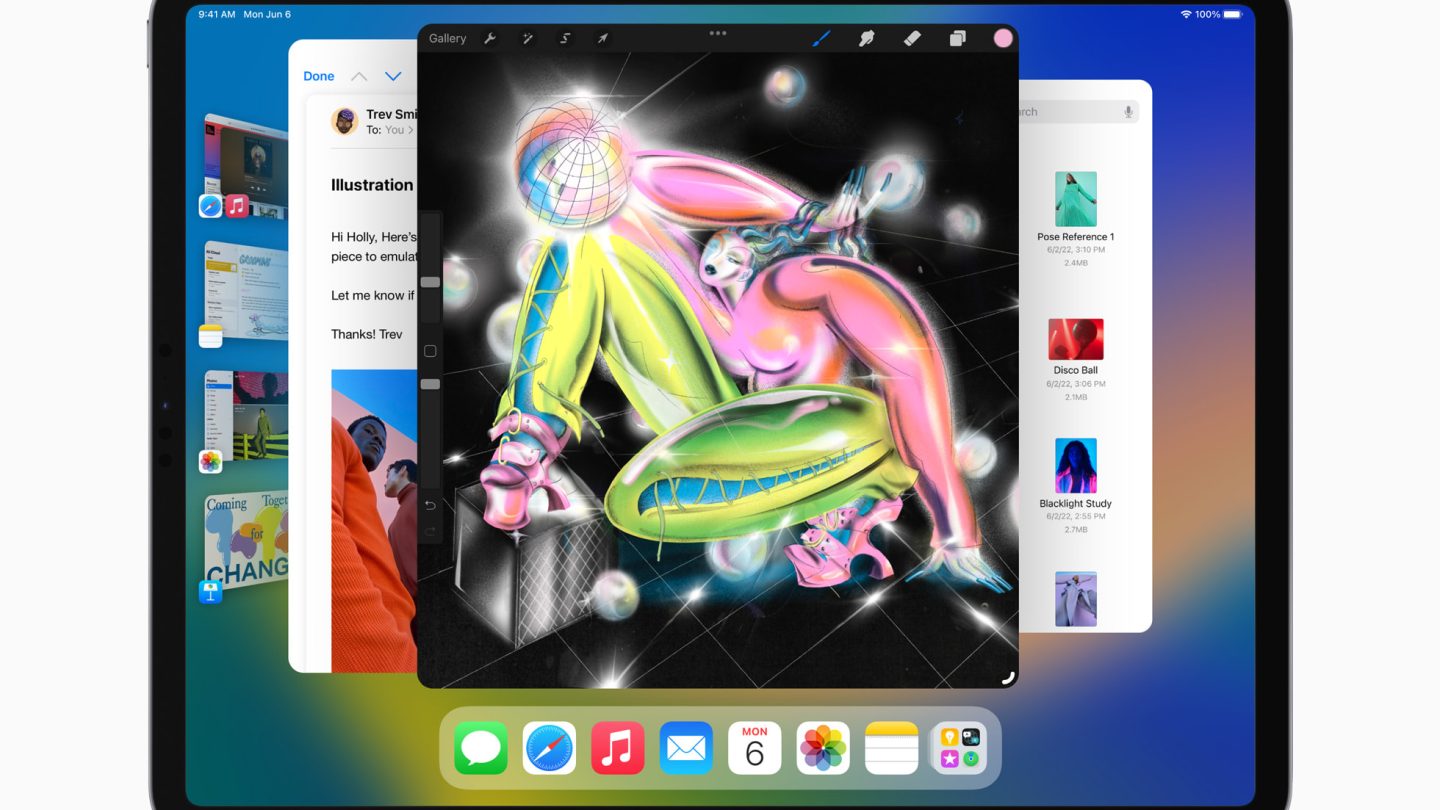 Reports that preceded this week’s WWDC 2022 press conference claimed that Apple would introduce a new iPad multitasking system that mimics the multitasking experience on laptops and desktops. iPads will now let users resize app windows and use more than two or three apps at a time, which is what multitasking in iPadOS 15 looks like. Apple confirmed the rumors during the event, unveiling brand new multitasking functionality in iPadOS 16 called Stage Manager.

However, Stage Manager will not work on all iPads that run iPadOS 16. The feature only works on tablets with the M1 System-on-Chip (SoC). The list includes the 2021 11-inch iPad Pro and 12.9-inch iPad Pro and the 2022 iPad Air 5. In other words, the overwhelming majority of iPads out there will not be compatible with Apple’s nifty new multitasking interface.

iPadOS 16 beta 1 is already available to developers, and you can install it just like iOS 16 beta 1 on iPhones. The alternative is waiting for the public beta, which is due sometime in July. Or the final iPadOS 16 release that’s coming in September.

But several of those iPad models will not be able to deliver the new multitasking experience in iPadOS 16. The latest iPad comes with an A13 Bionic chip that’s equivalent to the iPhone 11’s SoC. The iPad mini 6 launched last year with brand new design features the A15 Bionic, like the iPhone 13.

Yet Apple says that iPads will need the M1 chip in order to use Stage Manager. Specifically, Apple’s press release says Stage Manager is “available on iPad Pro and iPad Air with the M1 chip.”

It’s likely that Apple will bring the M1 and its successors to more iPads in the coming years. But if you want to use the iPadOS 16 multitasking, you’ll need to purchase an 2021 iPad Pro or a 2022 iPad Air.

How to use iPadOS 16 multitasking on iPad

If you do have one of the M1 iPads, you can get started on Stage Manger in no time, as soon as you install iPadOS 16 beta 1.

Once it’s running, you’ll have to head to Control Center and look for the new Stage Manager switch. Tap it and you’ll see the new user interface above.

The app you’re currently using takes center… stage. The dock sits on the bottom, and a secondary dock-like UI appears on the left. That’s where your recently opened apps sit in iPadOS 16. Tap on any of those apps, and they’ll take center stage. That’s how multitasking works in iPadOS 16.

You can group up to four apps in the same stack of apps on the left. Connect an external display to the iPad and you can have four other apps open on that screen.

Also, you can resize windows to fit the center of the screen according to your needs. Resizing works like it does on a traditional computer. Just go to the corner of an app and drag it until the window is the size you want.

The new iPadOS 16 multitasking experience isn’t quite as good as a traditional computer OS, but it’s getting there. It certainly beats using only two or three apps side-by-side. And it’s likely that Apple will improve multitasking on the iPad in the coming years.

Why Stage Manager needs the M1

The M1 chip lets iPadOS 16 increase the pixel density of the display. That way, apps can show more content.

iPadOS 16 also brings another M1-only feature that’s directly connected to the multitasking experience. Apps can use the free storage as extra virtual memory for demanding functions and workflows. That way, iPadOS 16 can use up to 16GB of RAM for the most demanding apps. The others will take advantage of the new Virtual Memory Swap feature.