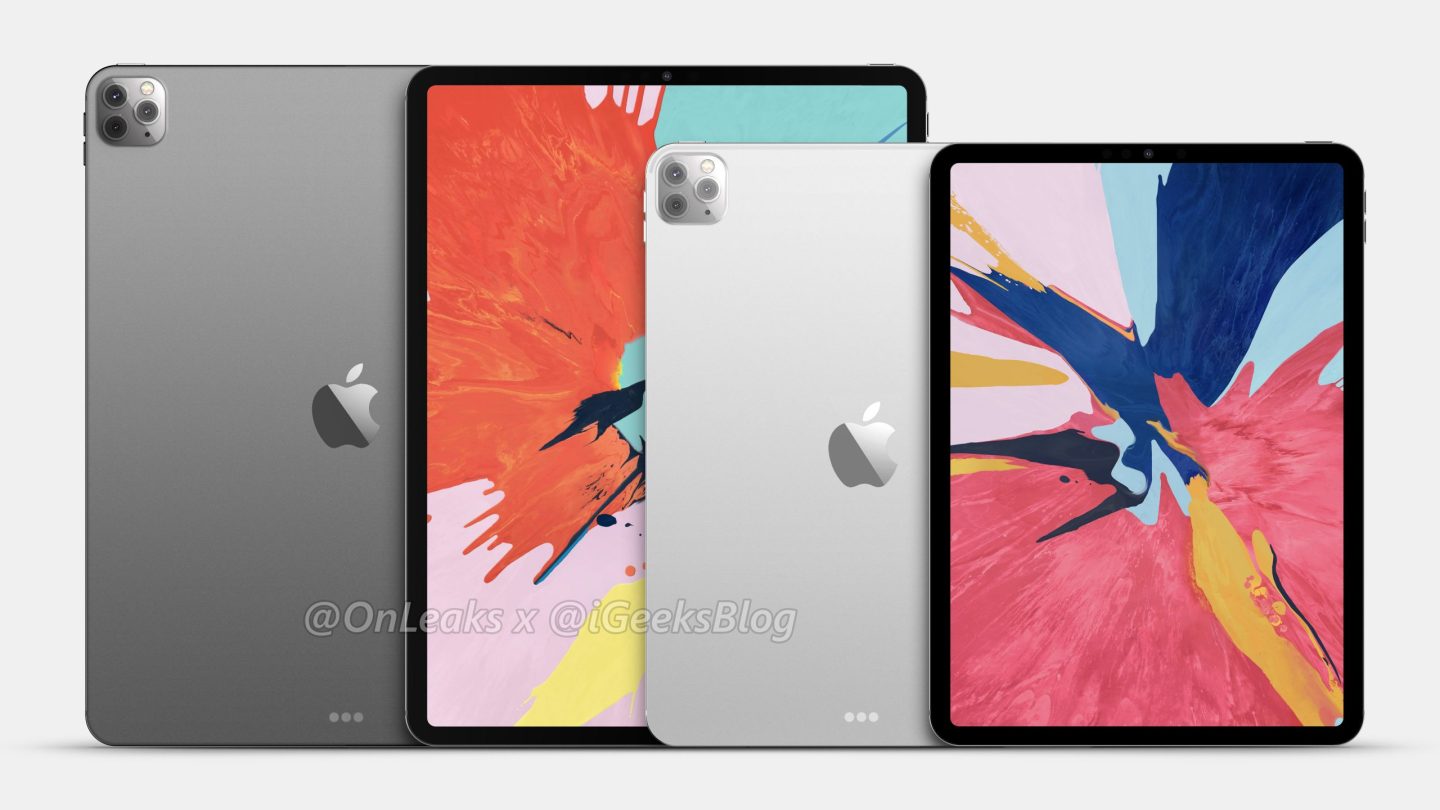 Many of the Apple leaks in recent weeks have (understandably) revolved around the iPhone 9, as it is expected to be the next major release from the company. That said, it likely won’t be the only Apple hardware to debut in the first half of the year, an assumption supported by a new leak from Ben Geskin on Twitter.

Previous leaks and rumors have suggested that the 2020 iPad Pro will feature a square camera array similar to that of the iPhone 11 and iPhone 11 Pro. The purported iPad Pro case in the tweet below has a square cutout that would fit this array perfectly, as well as a hole for the headphone jack on the side, a cutout for the power button at the top, and a cutout for the USB-C port at the bottom of the case. Check it out right here:

Apple has yet to confirm anything about its hardware lineup for 2020, but reports have claimed that the 2020 iPad Pro might be the first device built by Apple to adopt a 3D time-of-flight sensor. TF International Securities analyst Ming-Chi Kuo has also said that the new iPad Pro will feature upgraded Face ID and an A14X processor, and expects the tablet to launch in the first half of the year. Providing the coronavirus outbreak can be contained and everything stays on track, we might even see the iPad Pro at Apple’s spring event next month.

We haven’t exactly been inundated with iPad leaks in recent months, but leaked renders from Steve Hemmerstoffer may have given us an early glimpse at the design last December. At the very least, the device in those renders would line up with the purported iPad Pro case that Geskin shared on Monday morning.