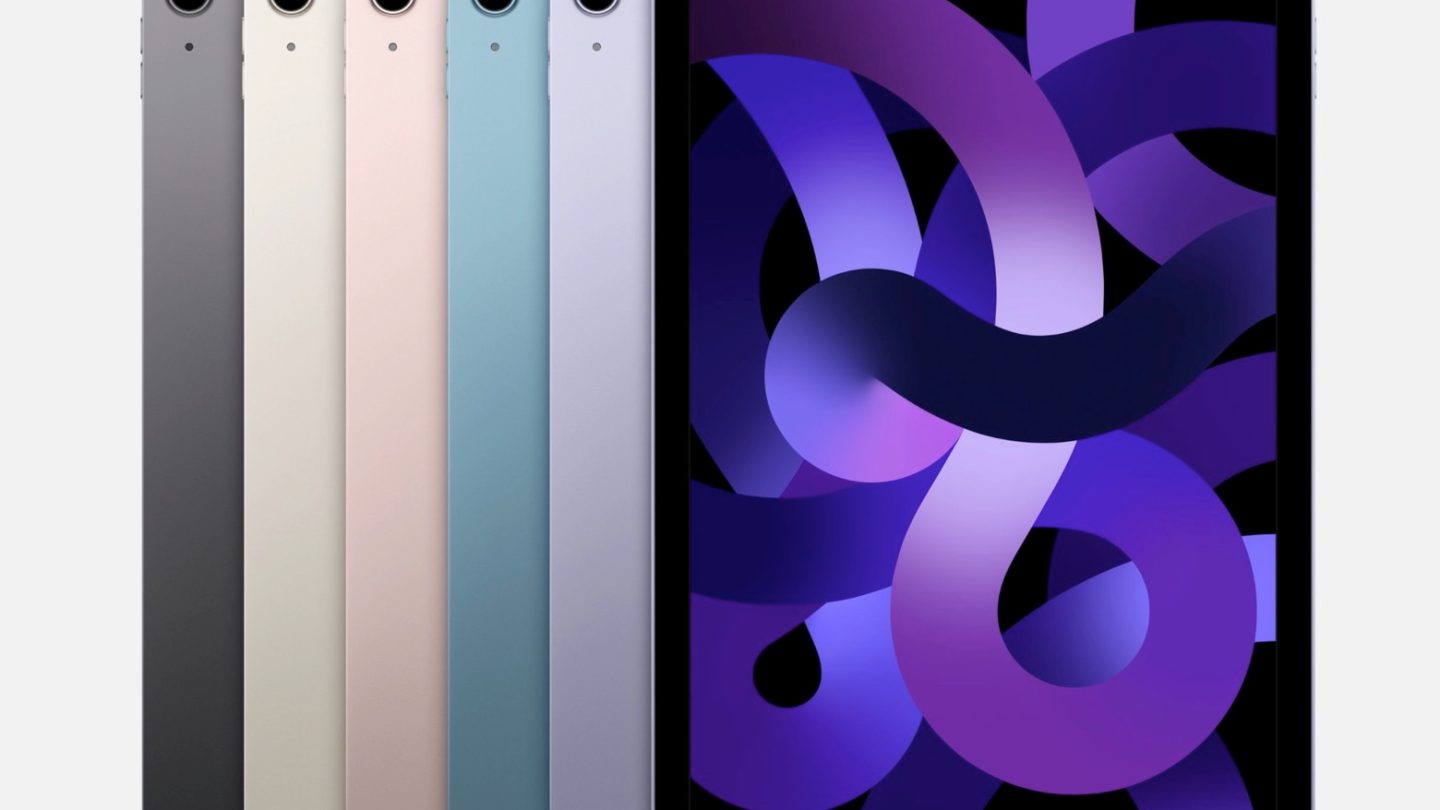 The brand new iPad Air 5 is a big nightmare for Google’s renewed Android tablet push, as I said a few days ago. At the time, I highlighted Apple’s decision to use the M1 chip inside the new Air and the 2021 iPad Pro models. Now we have the first benchmark test results for the iPad Air 5 that further reinforce the idea that Apple has not compromised when it comes to performance.

The new Air is almost an iPad Pro

Apple has shown in previous years that it can tweak the iPhone chip to use it inside a tablet. That’s how we got “X” and “Z” versions of the iPhone’s A-series chips for the iPhone. Then, for the iPad Air 4, Apple used the A14 Bionic that also powers the iPhone 12 series.

That’s what made the iPad Air 5 upgrade to the M1 System-on-Chip (SoC) so shocking. Apple minced no words during its presentation last week, stressing the iPad Air 5’s performance compared to its predecessor and to similarly priced rival tablets.

We will remind you that Apple used two M1 chip versions for the MacBook Air in late 2020. The same thing happened with the 2021 iMac. The cheapest models feature 7-core GPUs instead of 8-core GPUs.

But Apple’s own iPad comparison tool shows that the iPad Air 5 SoC features the same 8-core CPU and 8-core GPU design as the iPad Pro. The new iPad Air also has 8GB of base memory, just like the iPad Pros.

That makes the $599 iPad Air 5 an incredible deal, as the tablet offers the same performance as Pro models. The $799 11-inch iPad Pro offers more base storage (128GB), a slightly larger and brighter display that supports a 120Hz refresh rate, Face ID instead of Touch ID, and a secondary 10-megapixel ultra-wide camera with a LiDAR scanner on the back.

Anyone in need of more convincing that the iPad Air 5 is practically an iPad Pro should check out the new benchmark scores that have started popping up on Geekbench 5. They prove beyond a shadow of a doubt that the M1 chip inside the iPad Air 5 has not been altered. It offers exactly the same performance as the M1 version in the iPad Pro models.

As you can see in the image below, the single-core and multi-core scores are almost identical in the Geekbench 5 benchmark test for the 2021 11-inch iPad Pro and the iPad Air 5. The variations are minimal, in line with what you can expect from devices rocking the same SoC.

Aside from the score, the iPad Air 5 benchmark shows that both devices use the same 3.20GHz CPU. Apple doesn’t focus on processor frequencies during its events, especially in iOS and iPadOS devices. But this is another detail that confirms Apple went for the same M1 SoC when it comes to the iPad Air 5.

That’s great news for consumers looking for an affordable but powerful Apple tablet. And it’s terrible news for Android tablet vendors looking to launch mid-range devices in the coming months.