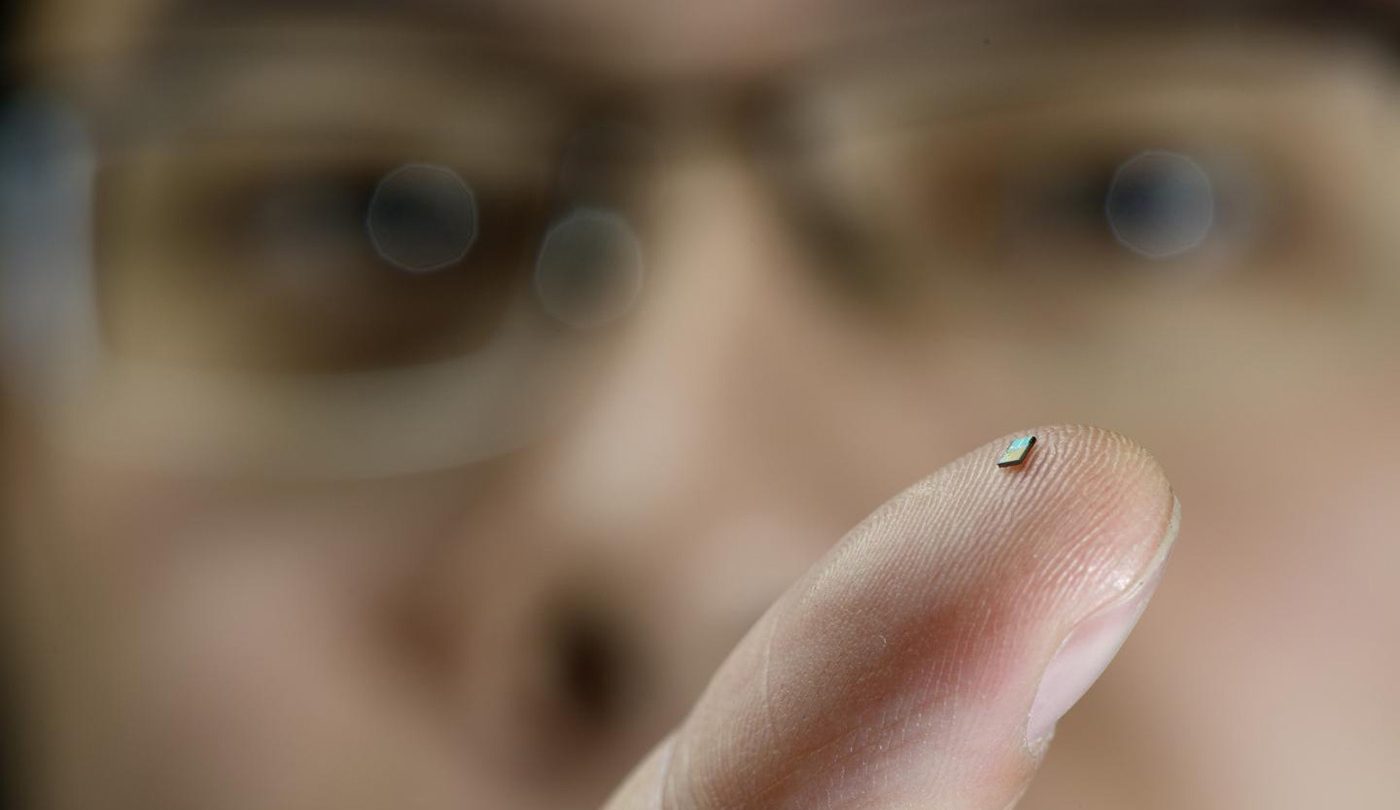 Researchers at the Eindhoven University of Technology in Eindhoven, Netherlands have created the world’s smallest temperature sensor chip, but its size isn’t even the most impressive thing about it. The remarkable new temperature sensor is able to draw power from radio waves being broadcast by the same wireless network it uses to communicate. As a result, the chip doesn’t need a battery and never needs to be charged, representing a major leap forward for the Internet of Things and for electronics in general.

MUST SEE: 10 completely free Chrome hacks that will change the way you use the Internet

Headed by Eindhoven University of Technology researcher Dr. Hao Gao, project PREMISS is a new type of sensor that could play a major role in the future of consumer electronics. The sensor is as light as a grain of sand and it measures just 2 millimeters square, making it the smallest temperature sensor in the world.

There is no onboard battery and PREMISS doesn’t need to connect to a physical power source of any kind. Instead, the chip is able to draw enough energy from radio waves transmitted by wireless networks to power itself. It also communicates wirelessly over the same radio waves, so it doesn’t need a physical connection to send temperature data to another device.

As exciting as this new sensor is, it’s not quite ready for primetime just yet. In its current iteration, PREMISS can only transmit data wirelessly over distances of about an inch. Upgrading performance to a more usable range isn’t far-fetched, however — Gao says that he’ll be able to extend that range to more than three feet within a year, and the chips should ultimately be able to send data over distances of more than 16 feet.

Best of all, perhaps, is the fact that researchers believe the same technology that enables this tiny, battery-free temperature sensor can be used to create other sensors that measure things like movement, light, humidity and more. Eindhoven University of Technology professor Peter Baltus says that the tech could ultimately be used to create a network of sensors that don’t need any batteries and can be “painted” onto walls inside a building using latex.