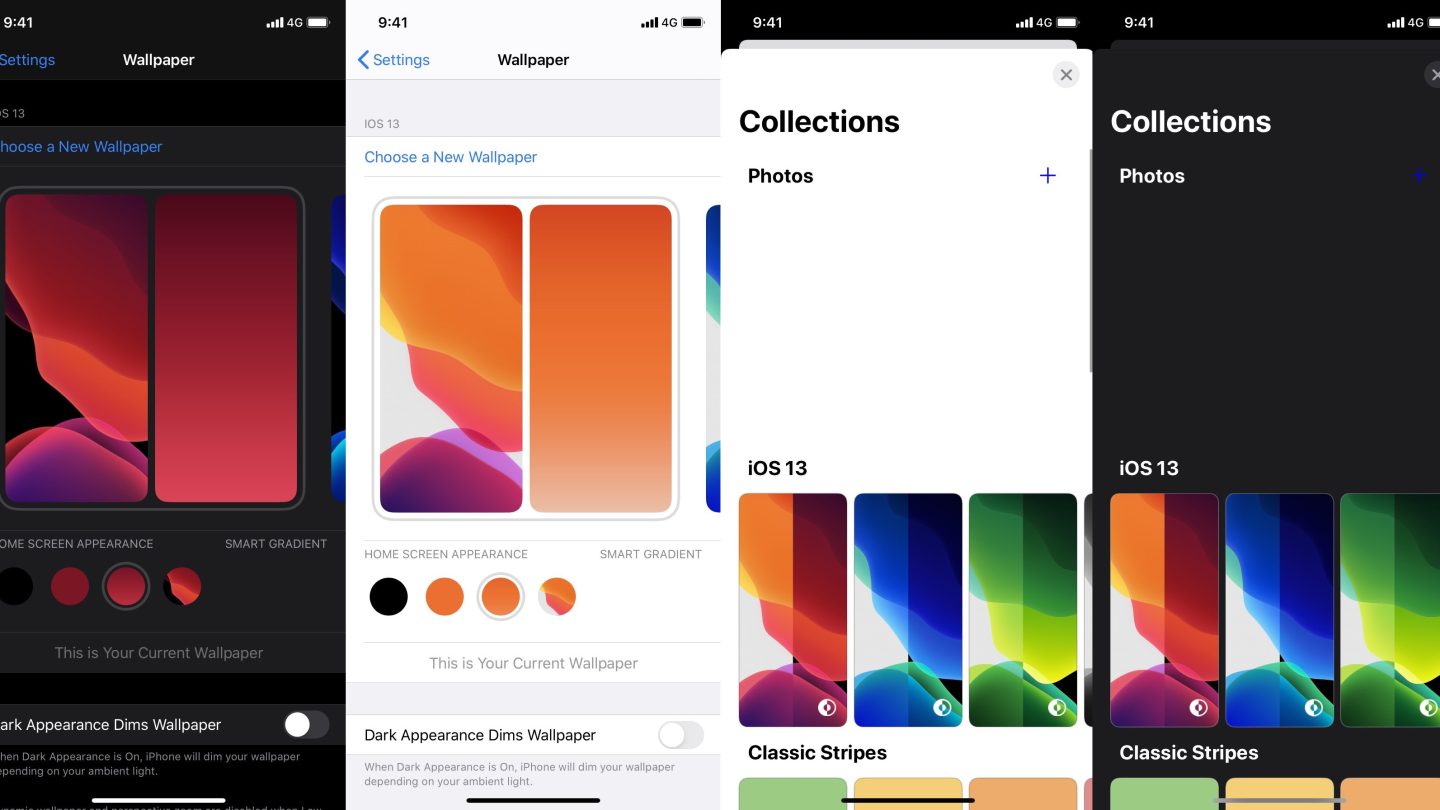 Over the past several weeks, we have been inundated with iOS 14 leaks, and even with WWDC 2020 still two months away (or the online event that will replace it, anyway), Apple’s next major mobile update continues to be spoiled. This past weekend, a leaker who goes by @DongleBookPro on Twitter shared a series of screenshots that show off the redesigned wallpaper settings menu that will presumably be included in iOS 14.

9to5Mac says the screenshots line up with what they found in the leaked iOS 14 code. Each of the default wallpapers is split up into a collection. Although we can’t see them all in the images, 9to5Mac claims to know the names of some of the collections: Classic Stripes, Earth & Moon, and Flowers. If you want a specific wallpaper, you can now drill down into these collections rather than having to scroll through every default option.

In addition to collections, we also see a new Home Screen Appearance option which 9to5Mac compares to the watch face settings on the Apple Watch app. This feature gives you the ability to change the look of a dynamic wallpaper on the Home screen by turning it into a flat, dark, blurry, or standard variant of the wallpaper:

This alone will be enough to excite some Apple fans, but according to 9to5Mac, wallpaper upgrades are just the tip of the iceberg. The site reveals that it has found evidence in the iOS 14 code of another feature, referred to internally as “Avocado,” which has something to do with the Springboard app that controls the iOS Home screen. 9to5Mac is now claiming that this feature will bring real widgets to the iPhone and iPad Home screens.

Unlike the pinned widgets that were added in iPadOS 13, these new widgets can be moved around the screen as if they were any other app icon, much like the way Android has handled widgets for years. As with any feature still in development (or piece of hardware), Apple could decide to scrap the widgets if they don’t pan out, but it does explain why Apple is giving users more control over their wallpaper. If you decide to use widgets on your iPhone or iPad, you don’t want the wallpaper to interfere with your ability to distinguish between the two.

Apple is expected to announce iOS 14 and give us an early look at the software during WWDC 2020 this June. As we reminded you above, the event will no longer be held at the San Jose McEnery Convention Center due to the ongoing coronavirus pandemic, but will instead be replaced with an online event.