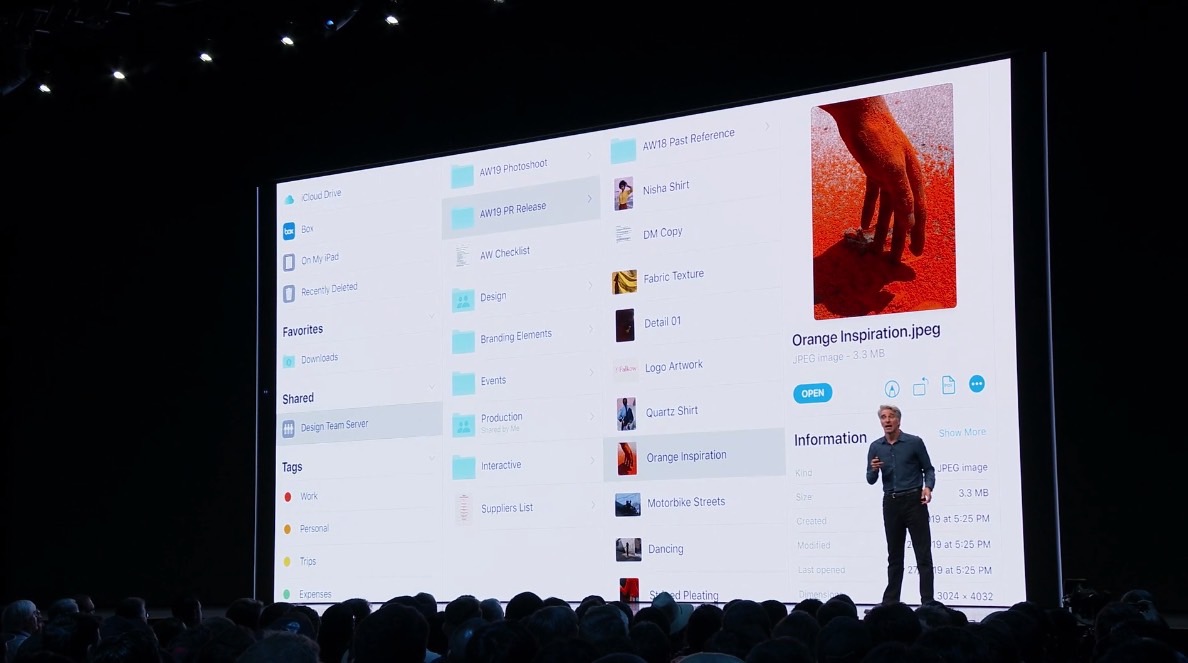 Apple chose to wrap up its annual WWDC keynote this year with a showcase of MacOS 10.15. The upcoming MacOS update will include a suite of new features that promote productivity and ease of use.

To start, Apple addressed the drama surrounding the death of iTunes. After a bit of good-natured humor where Craig added a bunch of pointless features to iTunes, Apple revealed they will actually be splitting the app into three other apps we’re already familiar with: Apple Music, Apple Podcasts, and .

The trio of new apps work very much like the individual features of iTunes that accomplished the same thing. Apple Podcasts organizing everything with advanced search features for hunting down specific episodes, while the Apple Music app is essentially a desktop version of the iOS app.

A new feature called SideCar will allow you to use your iPad as a second display for your Mac. Mac apps that support tablet input work seamlessly with the touch input, meaning it’ll be stellar for artists.

On the accessibility front, Apple is adding voice control to MacOS. The company says it allows you to control every aspect of the operating system with just your voice. Dictation, corrections, opening apps, scrolling, and selecting desktop items to click all seem to work more or less instantly just by speaking the right command. Apple says all the voice commands are processed locally so no audio is ever sent over the web, enhancing privacy.

For anyone who has ever misplaced their Mac, Apple is adding a new feature that allows computers that are misplaced to be located whenever they’re within proximity of anyone’s Apple device, even if they’re off. Apple says the data used for this is encrypted and “piggybacks” on existing network systems so that there’s no privacy risk.

Screentime, Apple’s iOS usage tracking app, is now coming to Mac as well, helping you track how much time you’ve spent staring at your Mac screen.

For developers, enhancements for app ports from iOS to Mac is getting better with Catalina, making it easier to create Mac versions of existing apps already available for mobile devices. The Catalyst software to port the apps is obviously a boon for Apple, since it will make development easier for devs and result in more Mac-compatible apps.