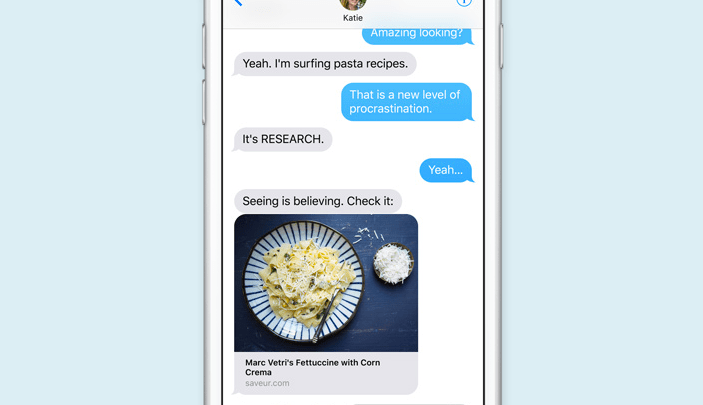 Though it has received a few significant updates over the course of the last several iOS updates, the Messages app on the iPhone still can’t compete with many of the most popular third-party apps on the App Store.

With iOS 10, Apple is going to make Messages one of the most feature-rich messaging apps available, while simultaneously opening Messages up to developers in order to allow them to put their own spin on the app.

SEE ALSO: 13 best new features coming to the iPhone and iPad in iOS 10

During Apple’s WWDC 2016 keynote, the company showed off several new features for one of the most used apps on the iPhone: Messages.

As you can see, the iMessage experience is going to change dramatically this fall when iOS 10 rolls out to iPhone and iPad users around the world. Check back for our early look at the preview build later today.