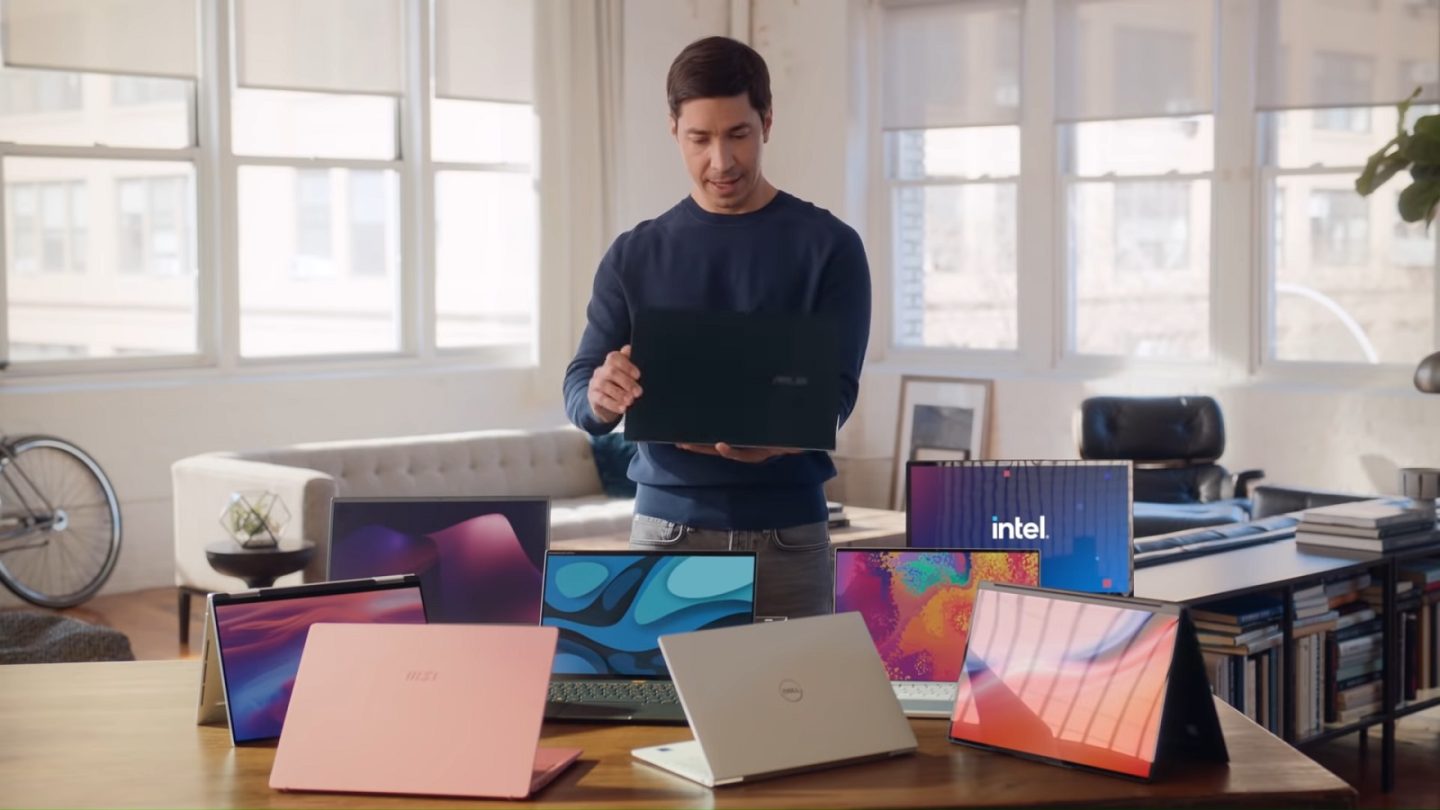 Intel made waves (small waves, but waves nonetheless) this week when it launched an ad campaign featuring none other than the “I’m a Mac” guy himself – Justin Long – explaining why PCs are better than Macs. Intel’s five YouTube videos have racked up over a million views since being published on Wednesday, but the campaign extends beyond the videos, as Intel also launched a website extolling the benefits of PC over Mac.

There are some interesting statistics on the page, but it appears that Intel was so busy trying to make Apple look bad that it ended up calling out one of the computers it was supposed to be touting by accident.

“In the real-world, a PC with an 11th Gen Intel Core mobile processor offers users more and we’ve got real research and test results that prove it,” a blurb at the top of the page on Intel’s website declares. “Many Apple M1 claims don’t translate to real-world usage and appear questionable. When compared to a PC with the 11th Gen Intel Core mobile processor, the M1 MacBook features just don’t stack up.”

The page then goes on to detail all the ways that PCs are superior to Macs, from the variety of form factors to touch screen displays to support for multiple displays and hundreds of games that cannot be played on macOS. But about halfway down the page, Intel starts talking about the “reality” of battery life on an M1 MacBook compared to the Acer Swift 5. While Apple claims the M1 MacBook Air has an 18-hour battery life, Intel’s test showed that in the real world, it only lasted 10 hours and 12 minutes, while the Acer Swift 5 lasted 10 hours and 6 minutes.

As Windows Central points out, there are a few problems with this graphic and the accompanying text. First, the M1 MacBook Air still gets better battery life than the Acer, although Intel does explain: “We didn’t change the test to win, we changed it to make it real.” Fine, but the much bigger issue is that Acer itself claims on its own website that the Swift 5 has “up to 17 hours of battery life.” So, in conclusion, everyone is fibbing.

In theory, both the Acer Swift 5 and the M1 MacBook Air could probably last 17 or 18 hours, respectively, under the right conditions, but rather than make any valid points about Apple’s computers, Intel seems to have just brought our attention to the fact that no computer vendor is completely honest about battery life.