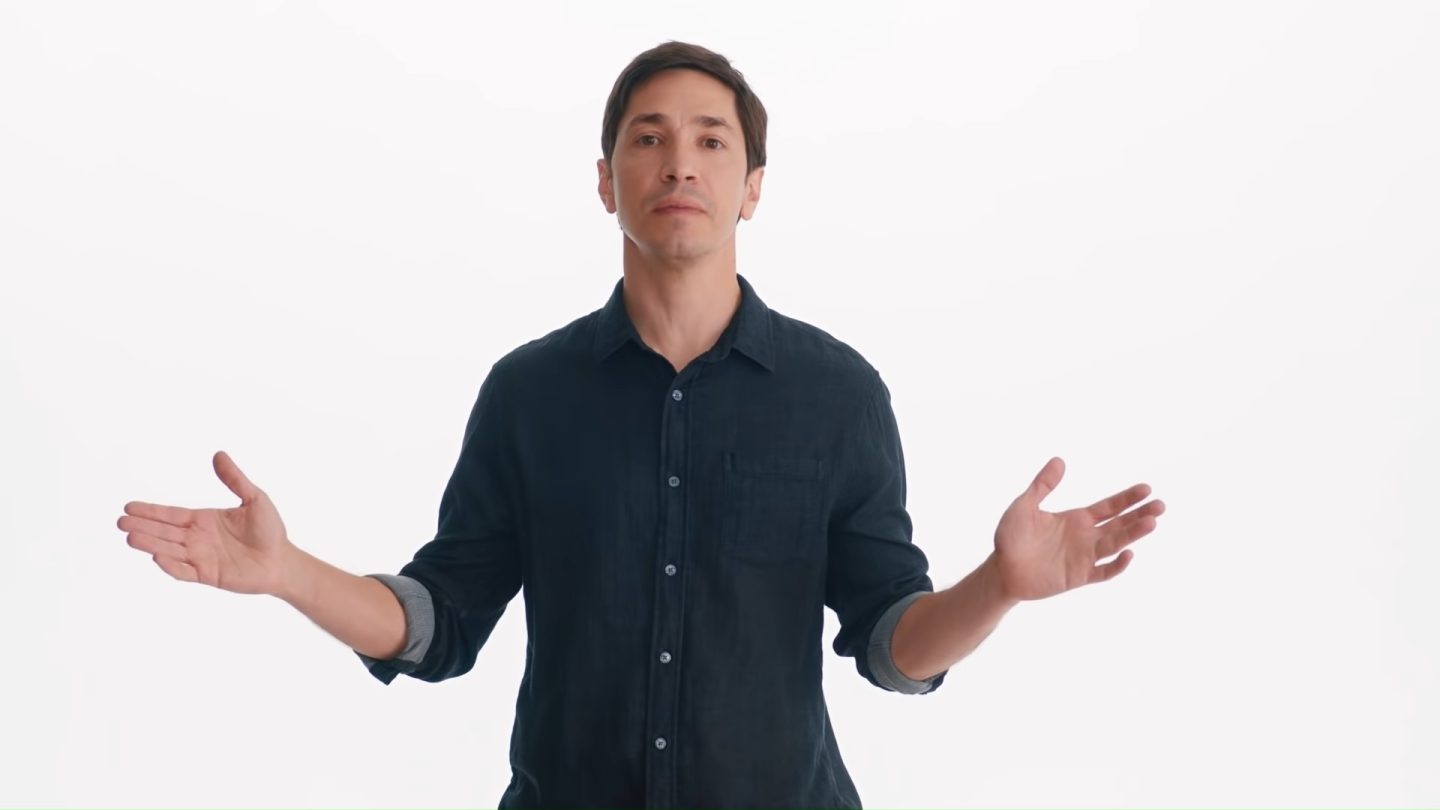 Few advertising campaigns in the late 2000s were more iconic than the “Get a Mac” commercials from Apple. Dozens of ads featuring John Hodgman as a PC and Justin Long as a Mac aired between 2006 and 2009, with the PC always falling short of the Mac in one way or another. More than a decade later, Long has appeared in dozens of shows and movies, but this week, he’s returning to the world of commercials with an interesting twist.

On Wednesday, Intel published a series of ads on its YouTube channel in which Justin Long (the original “I’m a Mac” guy) raves about PCs. All of the videos begin with Justin saying: “Hello, I’m a… Justin. Just a real person doing a real comparison between Mac and PC.” He’s in the same white void he was in with Hodgman over 10 years ago, and the music even sounds the same. The only difference is that this time he’s changed allegiances.

Each of the videos focuses on the difference between modern PCs and Macs, but this time, the PC always wins. For example, in the following ad, Justin realizes that his Intel-powered Windows 10 laptop can double as a tablet. He then picks up a MacBook and discovers that it not only lacks the same functionality, but that he’s going to need a separate tablet, keyboard, stylus, and dongle to do everything that he could do with the PC:

In one ad, Justin compares the dual touchscreens of the ASUS​ ZenBook Duo 14 with the Touch Bar of the MacBook. In another, he finds out that he can connect three monitors to the Dell XPS 13 but just one to a Mac. He also runs into a PC gamer playing a racing game who lets him know that “no one really games on a Mac.”

Intel’s ad blitz isn’t especially surprising after Apple made it clear that it would be moving on from Intel’s processors in favor of its own M1 chips. In fact, during the reveal of the first-ever Apple Silicon Macs last fall, Apple claimed that the 8-core CPU of the M1 chip is up to 2.8x faster than the Intel CPU from the previous generation, while the M1 GPU is up to 5x faster. Apple plans to transition away from Intel altogether within the next two years.

But perhaps the final straw for Intel was the return of John Hodgman (the “I’m a PC” guy) in the closing minutes of the Apple event last November. He questioned the need for all of these advancements in speed and battery life, proceeds to wear himself out, and then has to go plug himself in. At the very least, it might have given Intel the idea to see what Justin Long was up to and whether he’d be willing to take a break from recording a voice for the new Masters of the Universe show to star in yet another computer-focused ad campaign.